Mnangagwa can kill the black market in one fell swoop....

by Charles Rukuni 1 year ago1 year ago
2 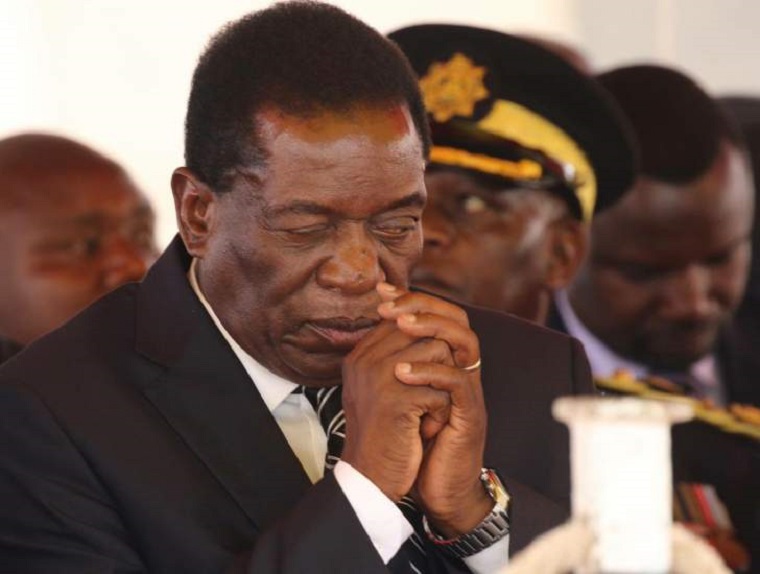 Four years ago when Emmerson Mnangagwa was sworn in as President of Zimbabwe after the military intervention of November 2017, police corruption at roadblocks ended immediately. It just died. There were no threats. No official announcements. No arrests, except those of senior Zimbabwe African National Union-Patriotic Front officials like Ignatius Chombo and Kudzai Chipanga.

Mnangagwa’s reputation alone as the “crocodile” did the trick.  And he warned: “As we focus on recovering our economy, we must shed misbehaviours and acts of indiscipline which have characterized the past. Acts of corruption must stop forthwith. Where these occur, swift justice must be served to show each and all that crime and other acts of economic sabotage can only guarantee ruin to perpetrators. We have to aspire to be a clean nation, one sworn to high moral standards and deserved rewards. On these ideals, my Administration declares full commitment, warning that grief awaits those who depart from the path of virtue and clean business.”

Corruption ended immediately. But this was short-lived. When people released that the lion was all roar and no bite, they returned to their old ways. This seems to be what is happening with the run on the Zimbabwe dollar.  The Reserve Bank of Zimbabwe can name and shame financial firms and individuals allegedly involved in illegal foreign currency dealings. The Prosecutor-General can order the arrest of all economic saboteurs but this will all come to naught as long as the big fish, the people behind the small operators, are not apprehended.

The small operators are not even worried about being arrested. They can go through the charade of going to court or being placed on remand because they know that all it takes is a phone call for them to be released.

Mnangagwa can, however, end all this because he knows the big men behind the small operators. All he has to do, is jail one or two of the big men just like he did with Chombo and Chipanga, even if ultimately they will be released.  Once the small operators realise they have no protection, the black market will slow down to normal levels of a 15% or so mark-up, not the current 130% as the local currency is reported to be trading at as much as $200 to the United States dollar.

Why do I say Mnangagwa can kill the black market in one fell swoop? Because he knows who is behind the black market.  When there was a raid on the Zimbabwe dollar, or the bond note as it then was, immediately after new Finance Minister Mthuli Ncube announced that the bond note was no longer at par with the United States dollar in October 2018, an exercise by the ruling ZANU-PF to establish who was behind the illegal currency dealings showed that the main culprits were senior party officials, including government ministers.

Mnangagwa was given the names of these culprits, province by province.  All Mnangagwa, therefore, has to do is call them to book. Companies involved in black market activities will also immediately cease these operations once their protectors are brought to book. As long as these senior officials and protectors are left untouched, police can pack their cells with the small fry all they can but this will not curb the run on the local currency.

In fact things could even get worse as the Confederation of Zimbabwe Relations says there are currently at least four exchange rates. There is the auction exchange rate of $88.55, the cash rate of $165, the swipe rate of $180 and the mobile money rate of $200. There is a fifth rate of the Nostro US dollar to the US dollar cash.

2023 is not far off. Despite being endorsed for a second term, Mnangagwa will not stand a chance if the current state of affairs persists. The progress he has made so far of building new roads, new dams and turning around the country’s economy will not mean anything to people with empty stomachs.