Mliswa says Muchinguri-Kashiri should issue a ministerial statement on Rusununguko.... 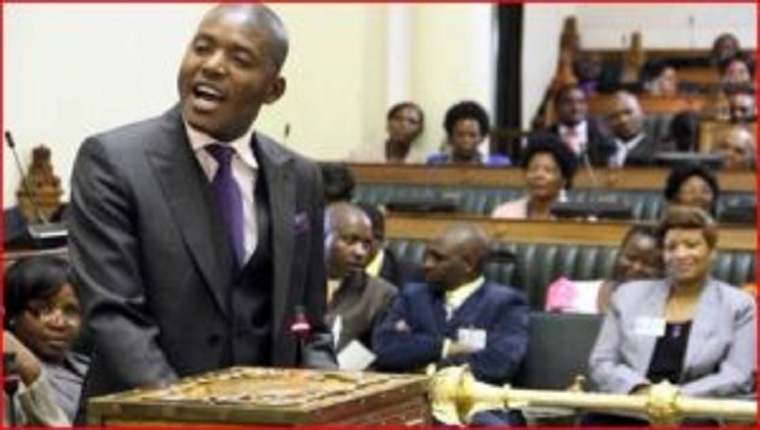 Independent legislator Temba Mliswa, who was kicked out of Parliament yesterday after claiming that ZANU-PF politburo members were using an army company Rusununguko to loot, today said the Minister of Defence Oppah Muchinguri-Kashiri should issue a ministerial statement on the operations of the company.

“What I would prefer is a ministerial statement from the minister in terms of who Rusununguko is and what does Rusununguko have that benefits the country.  The Commander of the Defence Forces himself, Lt. Gen. Sibanda, during the heroes’ holiday messages was very clear that we fought for this country for everyone to benefit,” he said after raising a point of privilege.

Mliswa also said the chairman of the Lands and Agriculture portfolio committee Justice Wadyajena, who was arrested on allegations of corruption and has appeared in court, should step down as chair of that committee.

Parliament should not allow him to continue as chair as this was tantamount to protecting him.

“To me, it is this Parliament which is aiding corruption because I brought this issue up and it was not answered. As such, I move that he stands aside as chairman of this committee and the Chief Whip is here because he is pretty clear that he is implicated in many of the issues. If he is exonerated like I did, I did not go back because they knew that I would expose them more, he can go back.

Deputy Speaker Tsitsi Gezi said she would let Muchingurti-Kashiri know about the ministerial statement but did not want to comment on the Wadyajena case as this was already before the courts.

HON. T. MLISWA: Thank you Madam Speaker. My point of privilege is; I do not question the ruling of the Chair but I do not think any Member of Parliament can leave their houses to come here so that they can be kicked out.  I think we are adults and it is also difficult when you are not given a warning and suddenly you are told to leave.  At times we ask questions which are very hard especially myself, I am very determined to bring national issues to the fore.