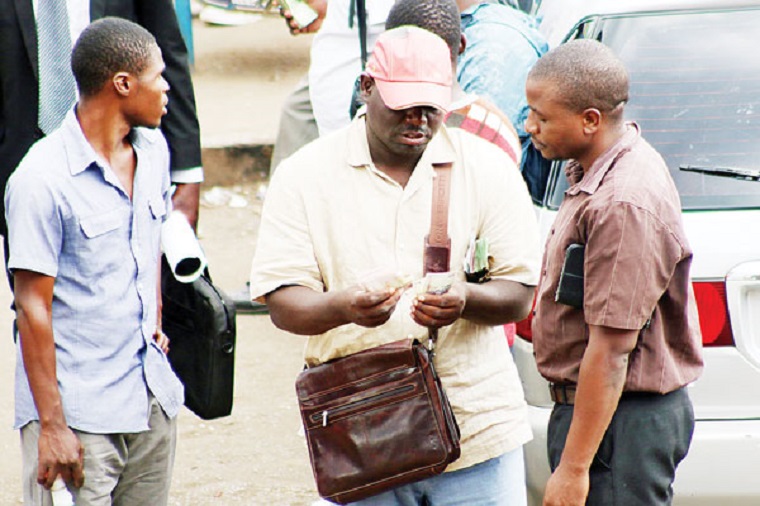 Not everyone is happy about the Zimbabwean dollar’s gains.

Black market traders have been left reeling as measures taken by authorities, including new gold coins, to support the embattled local currency dry up excess liquidity and erode arbitrage opportunities.

The gap between the official and parallel market rates has shrunk since the initiatives began in July.

The exchange rate on the street for large transactions — more than 1 million Zimbabwe dollars — has rallied to $740 for a US dollar from as much as $950. For smaller deals, a greenback will cost $620 against $800 last month.

“Some traders are already out of business,” said Misheck Gore, a dealer who works in the central business district of Harare, the capital.

The local dollar officially trades at $494.98, according to the results of a weekly auction held Tuesday by the central bank.

Policies to boost the local currency such as suspending payments to government contractors and suppliers and a central bank benchmark rate of 200% have tightened money supply in the economy.

Strong take up of the gold coins helped ease demand for US dollars, allowing for a turnaround in a local currency that looked set to breach the $1,000 mark on the black market. More smaller-value coins are set for release in November, according to the central bank.

The central bank sold 4 475 gold coins, generating $3.7 billion by  10 August, of which 90% was paid in Zimbabwe dollars and the balance in foreign currency, Reserve Bank of Zimbabwe Governor John Mangudya said in a monetary policy statement released on 11 August.

Exchange-rate volatility on the parallel market is a major driver of price pressures in the southern African nation where inflation surged to 257% in July. A shortage of foreign currency via formal channels had forced businesses to turn to the parallel market.

The premium between the official and the street rate, which has more than halved since July, “should begin to fall in the range we see for the rest of Africa at circa 10%,” IH Securities, a Harare-based brokerage firm, said in a note to clients dated 12 August.- Bloomberg