MDC-T says it seems like globe-trotting Mugabe gets sick if... 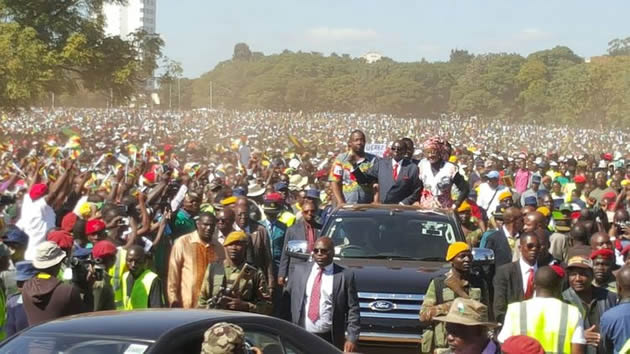 The Movement for Democratic Change-Tsvangirai has condemned President Robert Mugabe’s latest trip to Papua New Guinea as costly and purposeless adding that it seems like Mugabe gets sick if he spends a single month in Harare.

Party spokesman Obert Gutu said Mugabe’s trips had so far gobbled $80 million this year. The trips had yielded nothing as Mugabe tried to fix global issues when he could not fix the “economy under his chin”.

“His foreign trips never cease and it seems like he gets sick if he spends a single month in Harare,” Guu said. “So far this year his trips have gobbled a whopping $80 million and there is not a single achievement made through his insatiable appetite for air travel.  This is the President who likes to please the world and enjoys trying to fix global issues yet he can't fix the economy under his chin.”

“The MDC thunderously condemns Mugabe's purposeless and costly trip to Papua New Guinea because it shows Mugabe's cavalier approach to the issues affecting Zimbabwe. People have spoken but he remains mute, deaf and blind,” the MDC said.

“His obstinacy is amazing. Even trips that require a secretary of a ministry, Mugabe takes over. To date he lives as the most travelled African leader who brought home more hunger, poverty and suffering.”