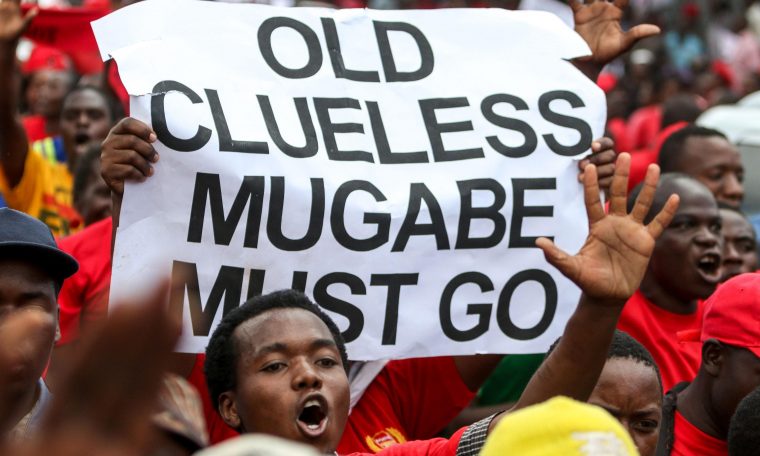 The Movement for Democratic Change led by Morgan Tsvangirai has described the proposed million-man march organised by the Zimbabwe African National Union-Patriotic Front youth league to show its solidarity with President Robert Mugabe as puerile, purposeless and wasteful.

It said the youths should instead be staging a march to call upon Mugabe and his clueless and corrupt government to immediately step down and save the people from further suffering.

The march is scheduled for Wednesday, a public holiday to mark Africa Day, a day in which Africans unite to celebrate the formation of the Organisation of African Unity, now African union, more than 50 years ago.

“The MDC unreservedly and strenuously condemn the proposed ZANU-PF so-called million men march that is supposed to take place on May 25, 2016. If anything, whoever is going to march on May 25 should be marching against poverty, joblessness, hunger, destitution and corruption,” party spokesman Obert Gutu said in a statement.

“It is these ills that have been the hallmark of Robert Mugabe's unparalleled mismanagement of the national economy over the past few decades. Instead of massaging the personal ego of the man who has caused the pauperisation of millions of Zimbabweans by staging a totally puerile, purposeless and wasteful so-called million men march, the ZANU-PF regime or whichever of its factions is organizing and funding this thoroughly discredited march, should actually be staging a march to publicly apologise to Zimbabweans for ruining and destroying a country that used to be the bread basket of Southern Africa.

“They should also be staging a march to call upon Robert Mugabe and his clueless and corrupt regime to immediately step down from office in order to save the people of Zimbabwe from further suffering.”

War veterans who have been Mugabe’s backbone for nearly two decades have also condemned the march which is being organised by youths said to belong to the G40 faction within ZANU-PF that is allegedly behind First Lady Grace Mugabe.

The march is seen as a way of trying to revive the G40 whose wings were clipped last month when war veterans told Mugabe to rein in his wife, making it clear that they only saluted one boss- him.

The war veterans also fired warning shots on two of the top leaders of G40, Saviour Kasukuwere and Jonathan Moyo, and urged Mugabe to replace Kasukuwere with someone who had liberation war credentials to head the party’s commissariat.

Grace Mugabe has literally been out of political action since her Mashonaland Central rally in February at which she castigated Vice-President Emmerson Mnangagwa who allegedly leads the other faction within the ruling party.