Kasukuwere and Jonathan Moyo’s jobs on the line 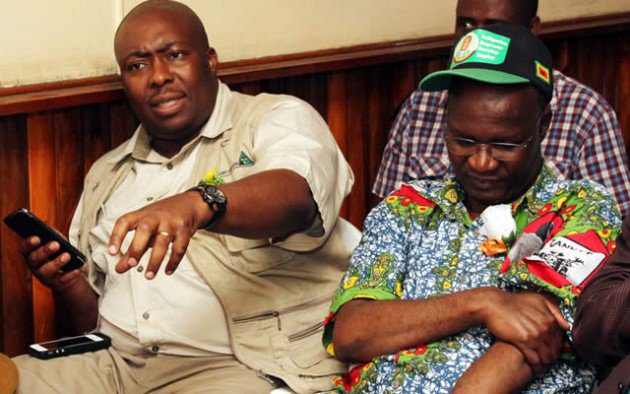 Political Commissar Saviour Kasukuwere and Jonathan Moyo are likely to come under the spotlight today when war veterans meet President Robert Mugabe but they are not likely to be fired from the party as war veterans believe that there have already been enough expulsions from the Zimbabwe African National Union-Patriotic Front.

Some war veterans believe that the political commissar of the party must have liberation war credentials. This is too sensitive a post to be led by someone who did not go to the war.

Kasukuwere is not the first person without liberation war credentials to hold the post but the war veterans argue that this was a mistake that should now be rectified.

They also want to tell Mugabe not to listen to members of the so–called G40, especially Jonathan Moyo, because they claim they are there to destroy the party from within.

Contrary to earlier reports that the veterans association might be disbanded, a source who attended some of the preliminary meetings yesterday said this was very unlikely.  He said today’s meeting will indeed be a no holds barred meeting at which Mugabe will be told that he is being misled by the young men now surrounding him.

War veterans leader Christopher Mutsvangwa and his executive seem to have won the support of most war veterans and are likely to win the day. And it seems as a compromise the war veterans will ask Mugabe not to expel any more people from the party.

Mugabe threatened to deal with errant war veterans at the weekend and said that they might be expelled at the central committee meeting to be held tomorrow.

Mutsvangwa has been at the forefront of calling for the suspension of members of the G40 because they are allegedly bent on destroying the party.

It is now not clear whether those loyal to G40 will have their way as they wanted Mutsvangwa and his group to be expelled for the party but do not seem to have mastered enough support.

“Those thinking of firing Mutsvangwa as war veterans leader are daydreaming,” one war veteran said. “How did he get that post in the first place? If they did not put him there why do they think they can remove him?”