Grace cut down to size 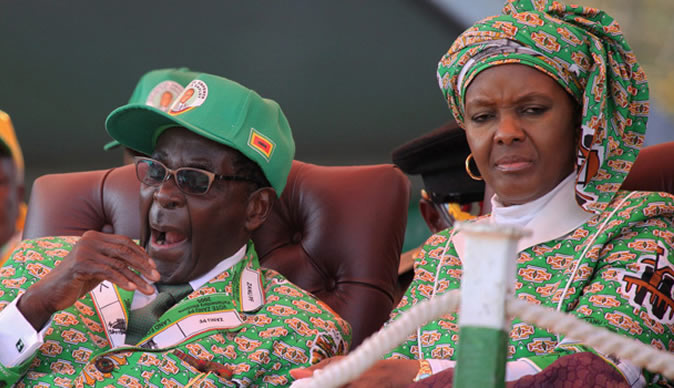 The meeting between Zimbabwe’s war veterans and President Robert Mugabe on Thursday has been described by some media as a non-event, but it was in fact the turning point in the Zimbabwe African National Union-Patriotic Front when the war veterans regained their power and cut First Lady Grace Mugabe and the G40 that backs her down to size.

The veterans defied Mugabe’s threats to fire those whom he said had gone wayward to remind him that veterans were the custodians of the party and guaranteed continuity of the party ideology.

They reminded Mugabe that he himself had told the party during the liberation struggle that: “Our votes must go together with our guns. After all, any vote we shall have, shall have been the product of a gun. The gun, which produces the vote should remain its security officer – its guarantor.”

The veterans said the post of political commissar should be given to a veteran because that portfolio was being abused.

“The…primary role of the commissariat department must be mass mobilisation and political education of the party members and never that of expelling and suspending members from the party,” the veterans said.

“Kudzingana nekususpendana zvoita kunge ndiro basa remusangano. It is recommended that war veterans take over in the departments of security, commissariat and welfare not only to stop this rot, but to gain back the trust and support of the people of Zimbabwe.”

The veterans cut down First Lady Grace Mugabe to size by insisting that party slogans should only be in recognition of the party, the people, Mugabe himself and no one else.

The G40 which backs Grace Mugabe had developed new slogans in praise of the First Lady like "Munhu wese kuna Mai", and  “Kusina mai Hakuindwe”.

Grace had dubbed herself  “mafirakureva” and “60 horsepower” but has not addressed any other rally since her Chiweshe rally after veterans and security chiefs asked Mugabe to rein-in his wife.

The veterans also took great exception to some songs now being chanted at party functions and demanded that all new songs and slogans should be approved by the party’s central committee.

“It was agreed that politics and the gun established symbiotic relationship that ensures a creation of complementary roles that result in sustainable peace and stability, creation of inclusive wealth and fostering a non-antagonising environment under the ZANU-PF flagship.”

According to one veteran, this was one of the most fruitful meetings between Mugabe the war veterans since independence and Mugabe had got the point that veterans could no longer be divided to appease a small band that was bent on destroying the party.

Grace may be doing more damage to Mugabe?

The US embassy’s assessment of Grace Mugabe

What  is Grace Mugabe up to?