MDC calls for thorough audit of Marange diamonds but says...

The Movement for Democratic Change led by Morgan Tsvangirai has called for a thorough audit of the Marange diamonds following the disclosure by President Robert Mugabe that some $15 billion worth of diamonds might be missing but went on to say Mugabe should go because he had lost control of the country. 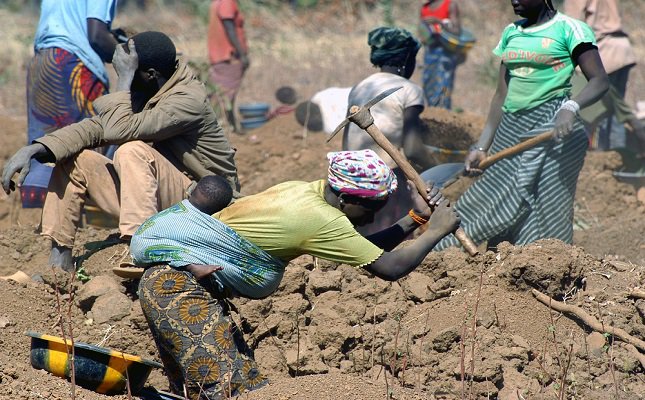 Everyone joined the diamond rush before being pushed out

“Mugabe’s recent disclosure, therefore, is clear proof of gross dereliction of duty on his part. Without a proper and comprehensive forensic audit of the diamond mining activities in Marange being carried out, the people of Zimbabwe might never get to know how much, the country has lost as a result of the criminal and illicit financial flows coming out of Marange,” the party said in a statement today.

“The MDC holds Mugabe and his entire ZANU-PF regime solely and wholly responsible for the mess in Marange. We have stated it before, and we repeat it here and now, Mugabe is no longer in full and effective control of the country. The deep-rooted factionalism that is tearing ZANU-PF apart has literally made it impossible for Mugabe, at the very advanced age of 92, to efficiently and effectively discharge his duties as Head of State.

“It is apparent that there are some shadowy and Mafia-like forces that are now in de facto control of the country. In order to save Zimbabwe from a complete and irretrievable breakdown, the MDC calls upon parliamentarians, across the political divide, to do the patriotic and honourable thing of immediately impeaching Mugabe. The old man is certainly no longer fit and proper to remain in office as the country’s President. He has totally and hopelessly failed to discharge his duties as Head of State.”