RioZim – from death bed to sexy once more…

RioZim successfully completed a debt restructuring exercise early this year in which Zimbabwe Asset Management Corporation (Private) Limited ‘ZAMCO’, a division of the RBZ became its new creditor under new and improved terms.

Obligations that were hitherto short- term, overdue for payment and attracting interest payments of 21 percent per annum are now payable over a period of five years while attracting only nine percent. In one swoop, RioZim was granted the brand new lease of life with the company now looking to the future with a transformed poise of one full of hope and anticipation.

Credit ought to be attributed where it is due. For all its shortcomings, the government of Zimbabwe is spot on with this exercise and has to be applauded accordingly. ZAMCO is arguably one entity that we will look back to and realize it had much better and profound positive socio-economic impact than empowerment and agrarian reform policies that often take the centre stage. The policy has successfully aligned aspirations of the common folk who form the labour force, the entrepreneur, government and even the loan sharks that masquerade as bankers. This is a sweet spot that none of the other two is anywhere closer to finding.

At the time of structuring this transaction, RioZim had paid a cumulative jaw dropping $52 million in interest charges and fees towards its crippling debt that stood at $59 million as of December 2011. This is just $7 million shy of the total obligation outstanding at the time that GEM assumed control. For all this efforts however, the company only managed to reduce the stock of debt by $16 million to $43 million. The bloody thirsty banks took the rest. The same banks that were eager to tear apart the company and sell its assets piece meal emerged the biggest beneficiaries. 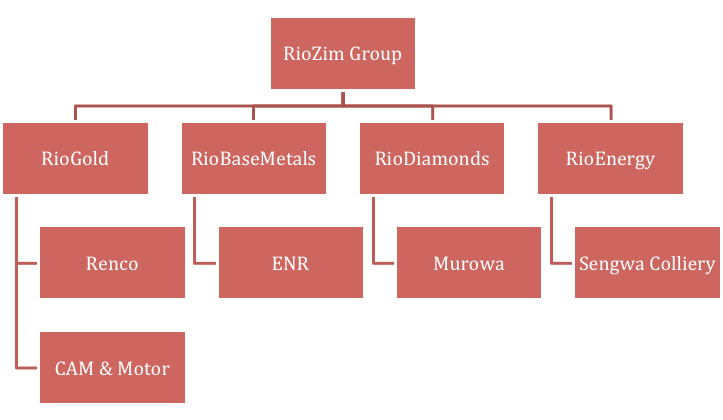 Banks drew the most cash from the company while maintaining an iron grip on its throat standing ready to collect every cent from the business for the foreseeable future. At the rate $16 million capital repayment every 5 years, it would take the company 13 years to properly appease its bankers without remitting a cent to shareholders. One would be forgiven for feeling sorry for GEM. Their reward for saving RioZim from its certain demise has been to stand behind the queue and wait for vultures to eat their full before they could enjoy the fruits of their enterprise.

Granted they are supposed to be the wiser. After all they have Ivy League bankers in their ranks. They have the sophistication and should have known better. They did not get into this with eyes wide-wide shut and they are supposed to deserve what’s coming to them. But alas, Zimbabwe affords no one the opportunity to say ‘I told you so’. Ours is a brutal environment littered with broken families at the hands of usurious interest rates. Many have lost their homes to loan sharks who concoct loan conditions that set you up for default from day one. The practice is indeed repulsive. Society rightly frowns at it and its peddlers, yet the narrative is lost when we look at corporate borrowers. Just like any other legal persona, companies do suffer and can have their lives ruined by debt. Their position is however made more tenuous by the fact that when they fail, they go down with the livelihoods of so many.