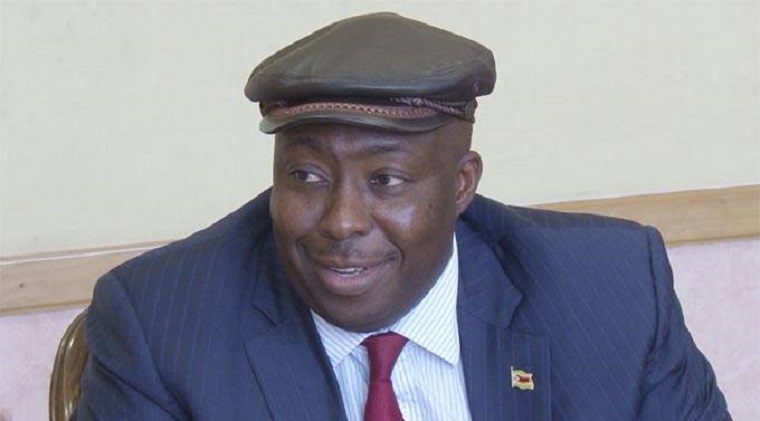 Zimbabwe’s exiled former Local Government Minister, Saviour Kasukuwere has distanced himself from widespread allegations of an imminent military coup in his home country.

“I make this statement in response to the allegations contained in a press statement released by the government of Zimbabwe, as read by Minister of Home Affairs, Kazembe Kazembe on Wednesday 10 June 2020. The allegations are that myself, along with other individuals are peddling rumours on an alleged coup plot,” said the former ZNAU-PF national political commissar, who held different ministerial posts under former president Robert Mugabe.

“This is laughable and I deny this unfounded allegation levelled against me and dismiss it with the contempt it deserves,” said Kasukuwere in a statement he posted to his Twitter account.

The tough-talking former Member of Parliament for Mount Darwin South said he was a firm believer in constitutionalism who did not have plans of seizing power from the Harare government.

“I am a firm believer in constitutionalism and would never attempt or conspire to carry out a coup of any sort,” said Kasukuwere, popularly referred to as “Tyson” by his followers.

“I, myself, am a victim of the November 2017 coup and retain the scars of this horrific event.”

Kasukuwere, who previously held the position of Minister of Youth Development, Indigenisation and Empowerment, said Zimbabwe was besieged by a multitude of challenges that needed all protagonists in the small southern African nation to rise beyond narrow interests.

“Our nation has greater challenges that behove us all to rise beyond narrow interests and place the collective security and survival of our people at the centre of governance. Threats and efforts to eliminate those viewed as adversaries to the powers that be are unfortunate and should have no place in a democratic Zimbabwe,” said Kasukuwere.

“The nation faces a plethora of difficulties that require a united front in order to secure the collective interests of the people of Zimbabwe. The challenges are not insurmountable and I am a Zimbabwean who desires to see the best for our nation and her people.”

The Standard – a private Zimbabwean weekly – reported that state security agents in Zimbabwe had interrogated Kasukuwere’s brother, on the day the government led by President Emmerson Mnangagwa claimed there were people spreading rumours of an imminent coup last week.

According to the publication, Kasukuwere’s brother, Dickson Mafios, was arrested as he left Harare Polytechnic alongside Zimbabwean parliamentarian Wonder Mashange, where they were in Covid-19 quarantine after a recent trip to South Africa.-African News Agency