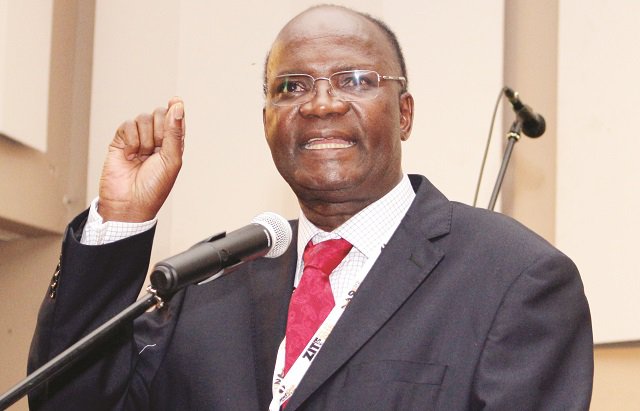 Zimbabwe’s former Higher Education Minister Jonathan Moyo, who was a key member of the G40 faction that wanted President Robert Mugabe’s wife, Grace, rather than Emmerson Mnangagwa to succeed him, has dealt a terrible blow to the opposition by saying that a transformational change of government in Zimbabwe by an opposition party cannot occur without a ZANU-PF role.

Moyo, who recently said that he would never fight in public with opposition leaders Nelson Chamisa, Tendai Biti or Thokozani Khupe, said change could actually occur any time if led by serving and retired securocrats and bureaucrats.

This was a terrible admission by someone who had offered to train more than 40 000 polling agents for the opposition in the 2023 elections to help them win but was spurned.

One of his followers responded: “This I wholeheartedly disagree with. MDC-A with some changes and more seriousness in some areas can most definitely win and govern without ZANU-PF.  It will be a long difficult road but they can do it. Chamisa will need to be very tough and leave the hashtags but it can happen.”

Moyo replied: “Ok. It’s your right to disagree and I respect that. But there are too many lessons in history which show that when a major political party has three major splits within 15 years; in 2005, 2014 and 2020; it is gone for good. No amount of wishful or cultic thinking can save it!”

Two of the splits occurred during founding president Morgan Tsvangirai’s reign but he triumphed on both occasions.

The third split was under Chamisa, who wrestled the leadership after Tsvangirai’s death in 2018.

Chamisa has not faced any election test after the split which coincided with the outbreak of the coronavirus under which public gatherings were banned.

He is still basking in the limelight of 2018 when he nearly upset President Emmerson Mnangagwa in the presidential elections and polled over 500 000 votes more than all his legislators combined.

The wide gap was largely because of the support he got from disgruntled G40 aligned ZANU-PF supporters as well as supporters of opposition parties that may have voted for a legislator from their party for the parliamentary seat but went for Chamisa for the presidency.

While some reports say the G40 faction is still alive and strong, it has often been stated that there is no life outside ZANU-PF so those who survive on politics might have shifted their allegiance to Mnangagwa in the past four years or might be watching which way the wind is blowing until the next elections in 18 months or so.

But the litmus test for Chamisa will be in three months when the country holds by-elections to fill 133 parliamentary and local government seats left vacant when MDC-Alliance candidates were recalled by the MDC-T following its Supreme Court victory in 2020 that ruled that Chamisa’s leadership of the party was illegitimate.