Jonathan Moyo says some NGOs are paying US$20-US$50 to people... 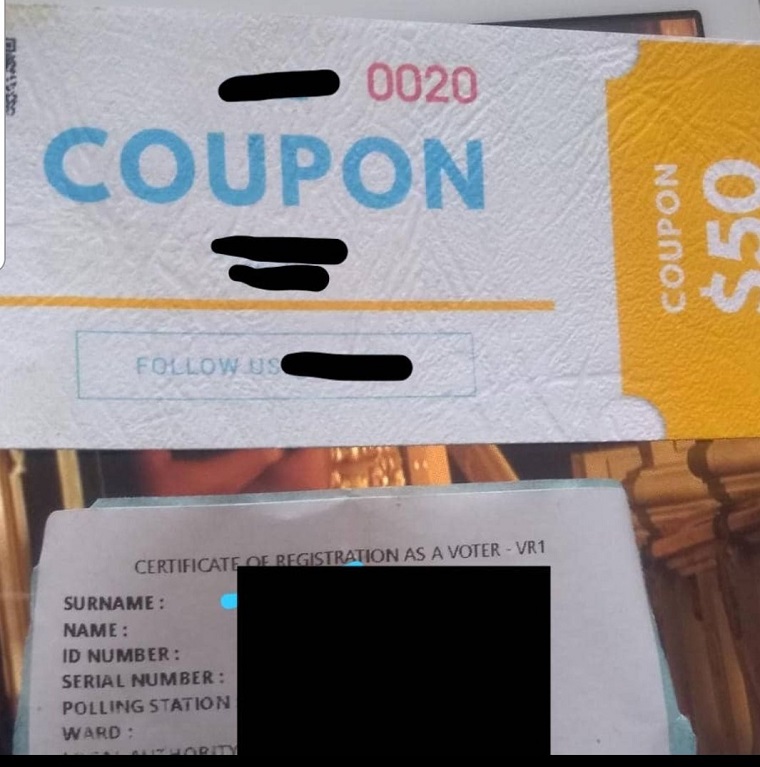 Controversial exiled Zimbabwean politician Jonathan Moyo says that there is incontrovertible evidence that some Civil Society Organisations, also known as Non-Governmental Organisations, are paying young people aged 18 to 25 to register as voters for the 2023 elections even though some of them are already registered.

In a thread in which he blasted the Zimbabwe Electoral Commission for failing to detect and stop the multiple registrations, Moyo even posted a coupon to prove that CSOs were paying prospective voters.

“There is incontrovertible evidence that some CSOs are running voter registration mobilization; and paying between USD20 and USD60 to incentivize prospective voters, aged between 18 and 25 years of age, to register. But everything that can go wrong with such a campaign, has!” he tweeted.

“Paying anyone to register to vote is a dangerous proposition for CSOs. You pay people to register to vote, how many, for how much & will you pay them to vote? And why did CSOs not check if claimants were registered, instead of using multiple voter registration slips to pay?”

Moyo said the prospective voters were being issued coupons which could be redeemed at his or hers hair salons; fuel service stations and supermarkets.

He said some CSOs were using this as a big scam to make easy money!

Moyo, however, blamed ZEC for failing to stop the multiple voter registration because it was using two incompatible systems.

“It is wrong for @ZECzim to accuse CSOs of sponsoring multiple voter registration; when the problem arises, in the first place, from the fact that ZEC’s verification system does not work in real time to prevent multiple registration, because it has two incompatible systems!” Moyo said.

ZEC chairperson Priscilla Chigumba, however, said two weeks ago that the ZEC system had detected the multiple registrations.

“There were a lot of people who were given incentives to register to vote. Those people did not disclose to the NGOs and to the civil society organisations that they were already registered to vote in order to access the incentives……

“Those people were then flagged by our system that there is a person with one set of fingerprints who registered six times to vote, but they were already on the voters’ roll.

“So what happens in our system is that if you register 10 times to vote, it will only recognise one file, it will only say that there is one registrant. You cannot cheat the ZEC voter registration system.”