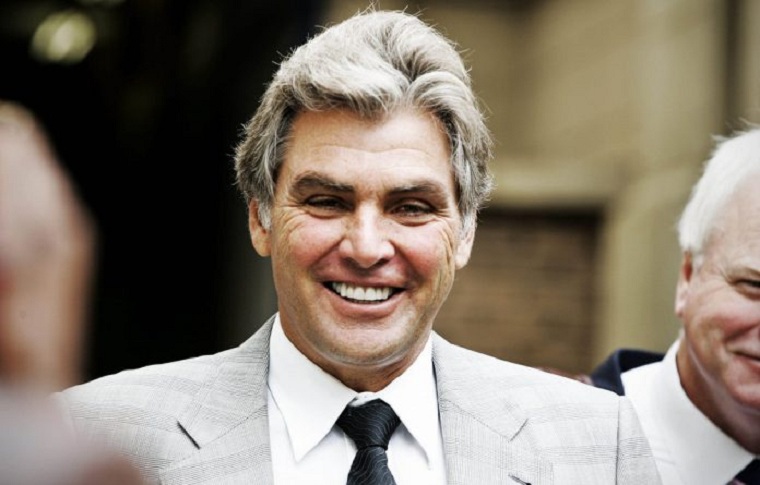 Zimbabwe businessman Billy Rautenbach is President Emmerson Mnangagwa’s man and bankrolled former President Robert Mugabe to retain power in 2008 after he had been defeated by opposition leader Morgan Tsvangirai, a new book says.

The book: Kleptopia: How dirty money is conquering the world was published last month and says Mnangagwa first made friends with Billy’s father Wessels at independence.

It does not say how Wessels worked with Mnangagwa but says his son became Mnangagwa’s money man when Laurent Kabila took over the Democratic Republic of Congo after kicking out Mobutu sese Seko but was forced to sell the country’s natural resources to sustain himself.

“Even before he deposed Mobutu, Kabila had set up a company through which the assets of the state would be transferred to the benefit of him and his entourage. When a lawyer questioned the propriety of this arrangement, Kabila replied, ‘But this law you are talking about, it is man who made it, no?’

“Soon Kabila would need the money for more than just his own enrichment. When his alliance with erstwhile backers in Rwanda fractured, they invaded, beginning five years of war that would end millions of lives. Kabila found that the Zimbabweans and other allies who had helped him topple Mobutu were unwilling to kick in again while their debts from the first conflict remained unpaid. He would have to do what the rulers of ex-Soviet states were doing to monetise their positions: sell off his nation’s natural wealth,” the book written by Tom Burgis, an investigative journalist for the Financial Times, says.

“The day Mugabe promised Kabila Zimbabwean troops, a new boss of the Congolese state mining company was named. Kabila soon took to referring to him simply as ‘Mr Billy’. They had a double arrangement. Some of the profits from copper and cobalt sales would go to the Zimbabwean government to pay for the soldiers. But in parallel Rautenbach would send monthly payments, said to be as much as two million dollars a time, back to the Crocodile, to be divided among those in the Zimbabwean regime Mugabe deemed deserving. Kabila’s people received their share too. So did Rautenbach himself: shortly before his appointment, the Congolese authorities assigned to his private company the rights to an expansive terrain groaning with minerals.”