Is Indonesia planning to supply arms to Zimbabwe? 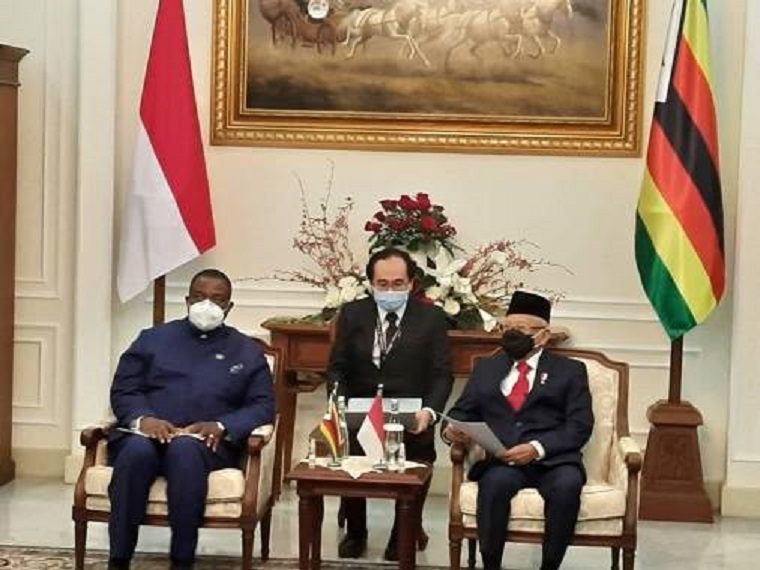 The United Kingdom has a longstanding arms embargo on Zimbabwe but it never discussed arms sales to Zimbabwe from Indonesia, Junior Foreign Minister Vicky Ford said.

She had been asked by Lyn Brown whether the Foreign Office has had any discussions with her Indonesian counterpart on the potential impact of supplying arms to Zimbabwe on human rights and democracy in Zimbabwe.

Ford said she met the Indonesian Foreign Minister on 19 April but Zimbabwe was not discussed.

Zimbabwe Vice-President Constantino Chiwenga was in Indonesia last week to attend a two-day water summit but ended up spending the week in the country.

Reports from Indonesia said Chiwenga had visited the State-owned weapons manufacturer PT Pindad in Bandung to explore the possibility of arms purchase.

Lyn Brown Shadow Minister (Foreign, Commonwealth and Development Affairs): To ask the Secretary of State for Foreign, Commonwealth and Development Affairs, what recent discussions she has had with her Indonesian counterpart on the potential impact of supplying arms to Zimbabwe on (a) human rights and (b) democracy in that country.

Vicky Ford Parliamentary Under-Secretary (Foreign, Commonwealth and Development Office): The Foreign Secretary last spoke with the Indonesian Foreign Minister in London on 19 April, where they together launched the UK-Indonesia Partnership Roadmap 2022 to 2024. Zimbabwe was not discussed.

The UK continues to be concerned about the challenging human rights situation in Zimbabwe, and our sanctions on Zimbabwe include an asset freeze on Zimbabwe Defence Industries and a longstanding arms embargo on exports from the UK.