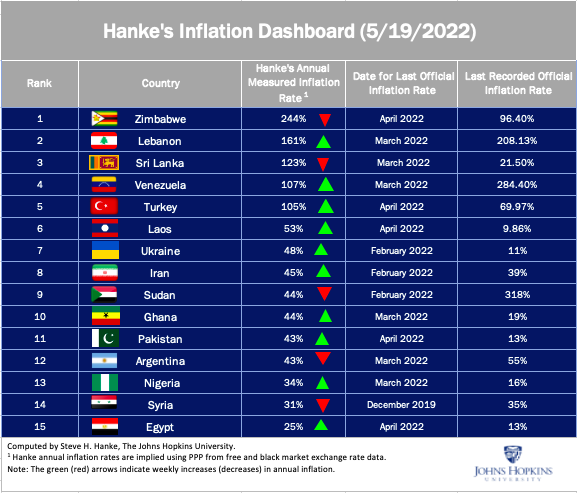 Month-on-month inflation rose from 15.6% to 21% with the local currency falling from 159.35 at the last auction in April to $290.89 yesterday narrowing the gap between the auction and interbank rates to only $5.

The convergence between the auction and interbank rates could have an impact on prices though the black market rate still ranges between $360 and $430. It has, however, hardly moved for almost a month.