Did Zimbabwe print money in March and April, fuelling inflation? 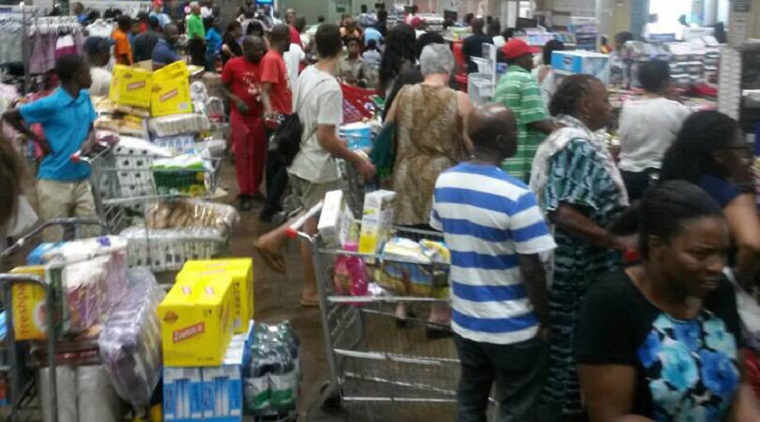 “Inflation is always and everywhere a monetary phenomenon.”

This famous quote by Milton Friedman is most often used by monetary economists (such as Greenwood and Hanke) to explain inflation. Inflation has to be financed whether it is from demand-pull or cost-push factors and excess money is the financier. An economy needs money growth for nominal GDP to rise and for a little inflation. If that money growth is excessive then inflation will occur for certain.

In a country like the US there may be a time lag, perhaps of up to two years, for inflation to show itself once there is excess money in the system. In a country like Zimbabwe, where the general population is well aware of the damaging effects of high or hyperinflation and where money market rates are hugely negative, the impact of excess money creation could be almost instantaneous.

In the US inflation is sitting at around 8.5% at the moment, the highest in 40 years and likely to rise further. The politicians and the Federal Reserve for that matter are blaming supply side constraints caused by the COVID pandemic and more recently have been blaming the Ukraine war which has impacted oil and food prices.

At the outset of the pandemic, the Fed opened the monetary taps to the extent that M2 (a measure of broad money) has increased by over 40% since 2020 whilst over the past year it has risen by 12% which is allowing the economy to grow but also allowing inflation to rise well above the Fed’s target of 2%. In short excess money growth is financing inflation and will continue to do so for the next year or two unless money growth can be reined in.

By contrast in Japan, China and Switzerland, there has been no excess money growth to finance inflation which currently stands at 1.2%, 1.4% and 2.4% respectively in each country (Hanke). Yet those countries are also experiencing the same supply constraints as well as energy and food price increases as everyone else. Inflation is not being financed in those countries by excess money growth.

Money is created by the central bank and by the banking sector, the latter through bank lending of deposits. After the global financial crisis in 2008, central banks expanded their balance sheets dramatically to avoid a financial implosion. At the time, many feared that this would lead to high inflation but in the event there was no inflation and growth remained below normal in most of the major economies.

The reason was simple. Banks were not lending as they were faced with new capital controls that required them to restructure their balance sheets, write off bad loans and rebuild their capital to the new and higher regulatory requirements. By contrast, post the pandemic, banks were encouraged to lend and in a number of instances bank loans were underwritten by Government to further encourage lending. As a result bank credit expanded whilst central bank balance sheets grew.

If we now look at Zimbabwe and in particular the Zimbabwe dollar, the economics explained above works in the same way. Excess money growth over and above the need for nominal GDP growth and some inflation, will lead to inflation and in the case of the Zimbabwe dollar, a devaluation in the currency.