Zimbabwe dollar narrows gap with black market rate as it...

It has narrowed the gap with the black market rate which now ranges from $360 to $450 depending on the mode of payment but was $7 more than the prevailing interbank rate.

Zimpricecheck noted the interbank rate as $301.4994

The local currency has managed to sustain itself against the black market rate for most of this month but the auction rate dropped from $165.99 on 3 May.

Some economists have predicted that the Zimbabwe dollar will collapse next month which begins tomorrow.

A total of US$25.6 million was allotted at today’s auction with US$4.4 million going to 613 small and medium enterprises and US$21.2 million to 235 large companies. 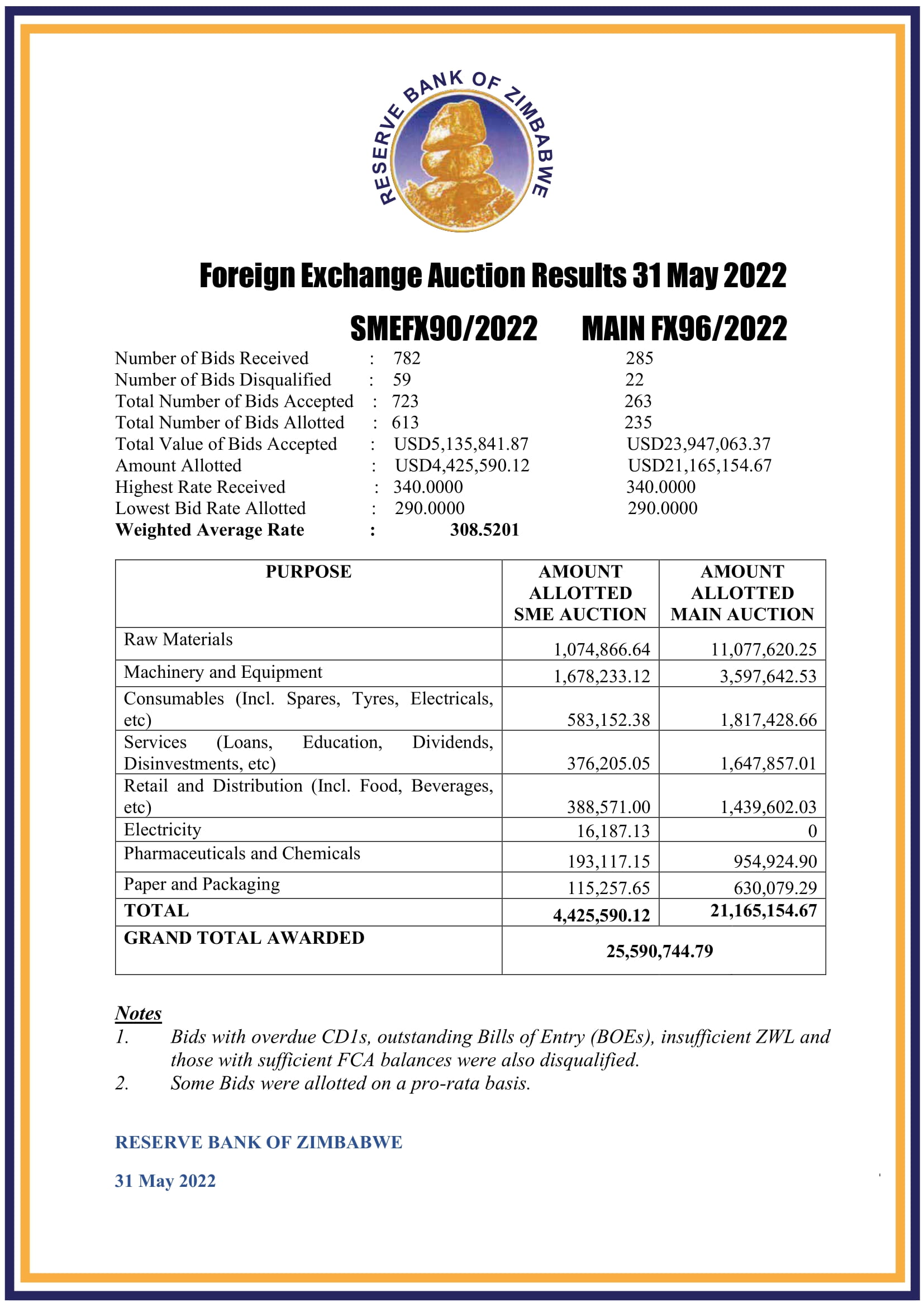