Is coronavirus the perfect cover for Mnangagwa to crush the... 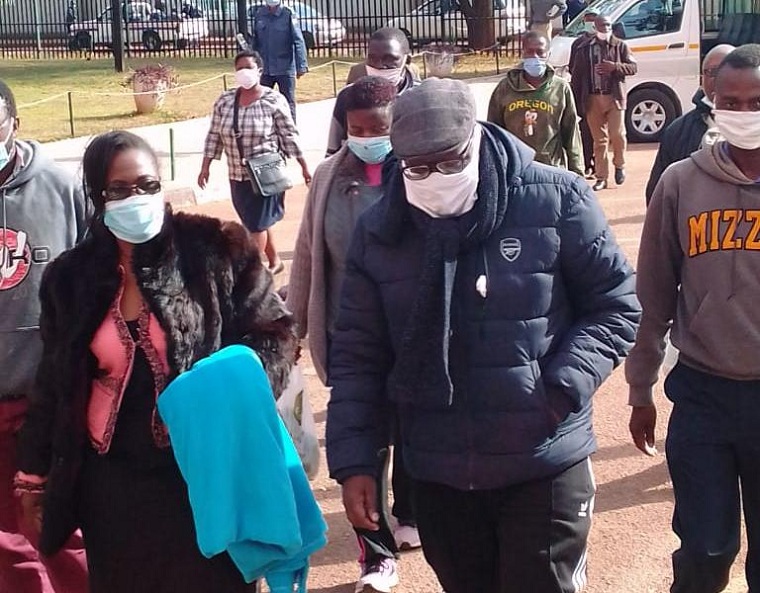 Zimbabwe President Emmerson Mnangagwa is using the cover of thecoronavirus restrictions to entrench his rule, analysts have warned amid a fresh crackdown against government critics.

A fortnight ago, Mnangagwa extended indefinitely a lockdown to control the spread of coronavirus that began on 30 March, saying the country was still vulnerable to the pandemic.

Critics said the extension was not backed by science and suggested the 77-year-old leader, who came into power through a coup in 2017, wanted to consolidate his power in the face of growing discontent over a failing economy.

Authorities have in recent days stepped up the arrest of officials of the main opposition party MDC-Alliance over allegations of violating lockdown regulations by organising protests.

Three MDC-Alliance female activists that were allegedly abducted and sexually abused by suspected state security agents were recently charged for violating the stay home orders while on their hospital beds. Two journalists that tried to interview the hospitalised activists were also charged.

Thabani Mpofu, who was freed on bail on Wednesday after spending two nights in custody, represented Chamisa when he challenged President Mnangagwa’s 2018 election victory.

The MDC Alliance and groups representing lawyers in Zimbabwe described Mpofu’s arrest as persecution and urged the international community to monitor developments in the country.

Chamisa urged the international community to intervene in Zimbabwe, saying citizens were suffering under the weight of a “perpetual lockdown” and human rights violations.

“We have to bring this (suffering) to the attention, not only to the Southern African Development Community, but the international community, but of course Zimbabweans at the end of the day must say enough is enough,” he said.

Alex Magaisa, a Zimbabwean law academic based in the UK, said the clampdown against government critics showed that Mnangagwa wanted to use the lockdown restrictions to push for a one party state.

“The arrest of Mpofu is just one of those baby steps in the consolidation of authoritarian rule,” Magaisa said.

“The impact of the arrest and detention affects the entire profession, the very reason the Law Society of Zimbabwe and other lawyers’ groups have issued statements that are highly critical. The regime is seen as going after the legal profession, one of the key elements that holds power to account.”

The opposition accuses the President of using the courts to dismantle it in pursuit of a one party objective.

Zimbabwe’s courts have in recent months issued controversial judgements that effectively handed control of the MDC-Alliance’s legislators to an opposition politician who has embraced the President’s rule while Chamisa still refuses to recognise the ruling party leader’s election victory.- EastAfrican