How the United States has penetrated South African media 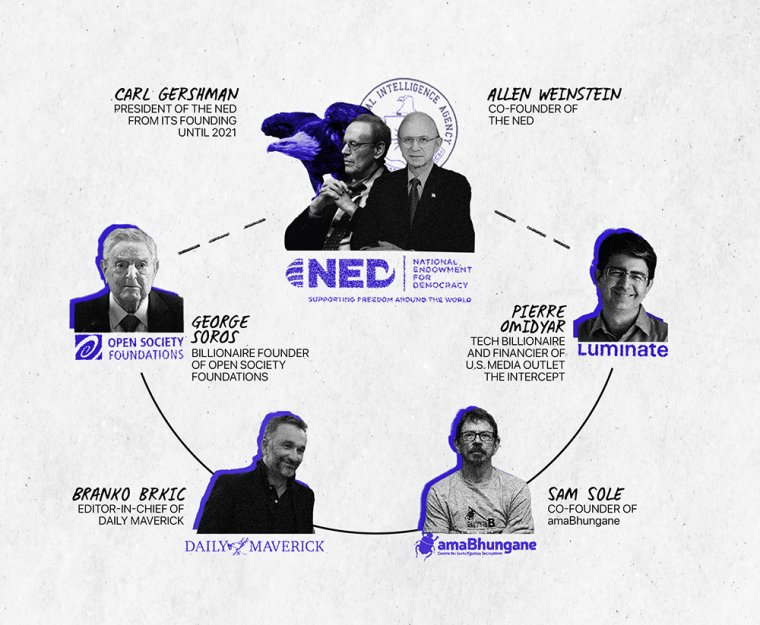 In recent weeks, South African public discourse has been focused on concerns about alleged Chinese influence in the country’s media landscape. However, these conversations have tended to overlook the already existing spheres of influence within South African media.

Politically motivated sponsorship of prominent South African media outlets by the United States dates back decades to the apartheid era. According to internal US government documents, the aim of these operations was “to counter the strong Marxist campaigns” in the country.

This funding was circulated by the National Endowment for Democracy, an organisation created by the Reagan administration in order to re-brand US covert operations that were previously carried out by the Central Intelligence Agency.

Today, as Washington becomes fixated on combating Beijing’s influence around the world, the National Endowment for Democracy and its private sector partners continue to penetrate large swathes of the South African media ecosystem. This web of influence has caught major publications, including Mail & Guardian newspaper and amaBhungane Centre for Investigative Journalism.

For decades, progress in the struggle against apartheid in South Africa was stymied by Washington viewing the situation through the lens of the Cold War. Despite the atrocities committed by the apartheid regime against the Black majority of South Africa and surrounding countries, the regime was regarded as a strategic bulwark against the spread of socialism and Soviet influence on the continent.

At the tail end of the Cold War, while the United States was aiding apartheid South Africa in its war against the independence struggles in neighbouring Angola and Namibia, officials in Washington simultaneously orchestrated a propaganda campaign in South African media which they claimed would educate the Black population about democracy.

An internal communication from 1986 outlines how the US government funnelled hundreds of thousands of dollars to South Africa and recruited local media outlets and journalists to “create awareness of (and hopefully adherence to) democratic ideals and principles among the black communities.”

A biweekly feature titled “How Democracy Works” was produced in collaboration with Drum Publications and published in City Press, which was chosen for being “the largest circulation newspaper among blacks in South Africa”.

The document outlines various South African writers and editors recruited to contribute to the series, including Percy Qoboza, then editor of City Press, Raymond Louw, and Denis Beckett, editor of Frontline (it is not clear whether these individuals were aware of the U.S. government’s role in the project).

An excerpt from a 1986 U.S. government grant to South Africa states:

It is hoped that a concrete discussion of democratic values will help counter the strong Marxist campaigns now being used to coerce South African blacks in the black townships, pointing the way to democratic forms of government being desirable and achievable goals in South Africa.