How money from Zimbabwe forex auction from June 2020 to...

Just over US$1.5 billion was allotted to 3 988 companies, 2 443 of them in the small and medium enterprises sector, with US$639.2 million for raw materials, US$281.2 million for machinery and equipment and US$150 million for consumables including spares, tyres and electricals.

The bulk of the money $1.4 billion went to large companies.

Figures released by the central bank yesterday showed that a total of US$4.8 billion was paid out between January and December last year.

The auction has, however, upped its role this year accounting for 33% of the money allotted in the six months to June. It accounted for US$917.7 million of the US$2.8 billion paid out. Banks accounted for US$201 million while FCA accounts paid out US$1.7 billion. 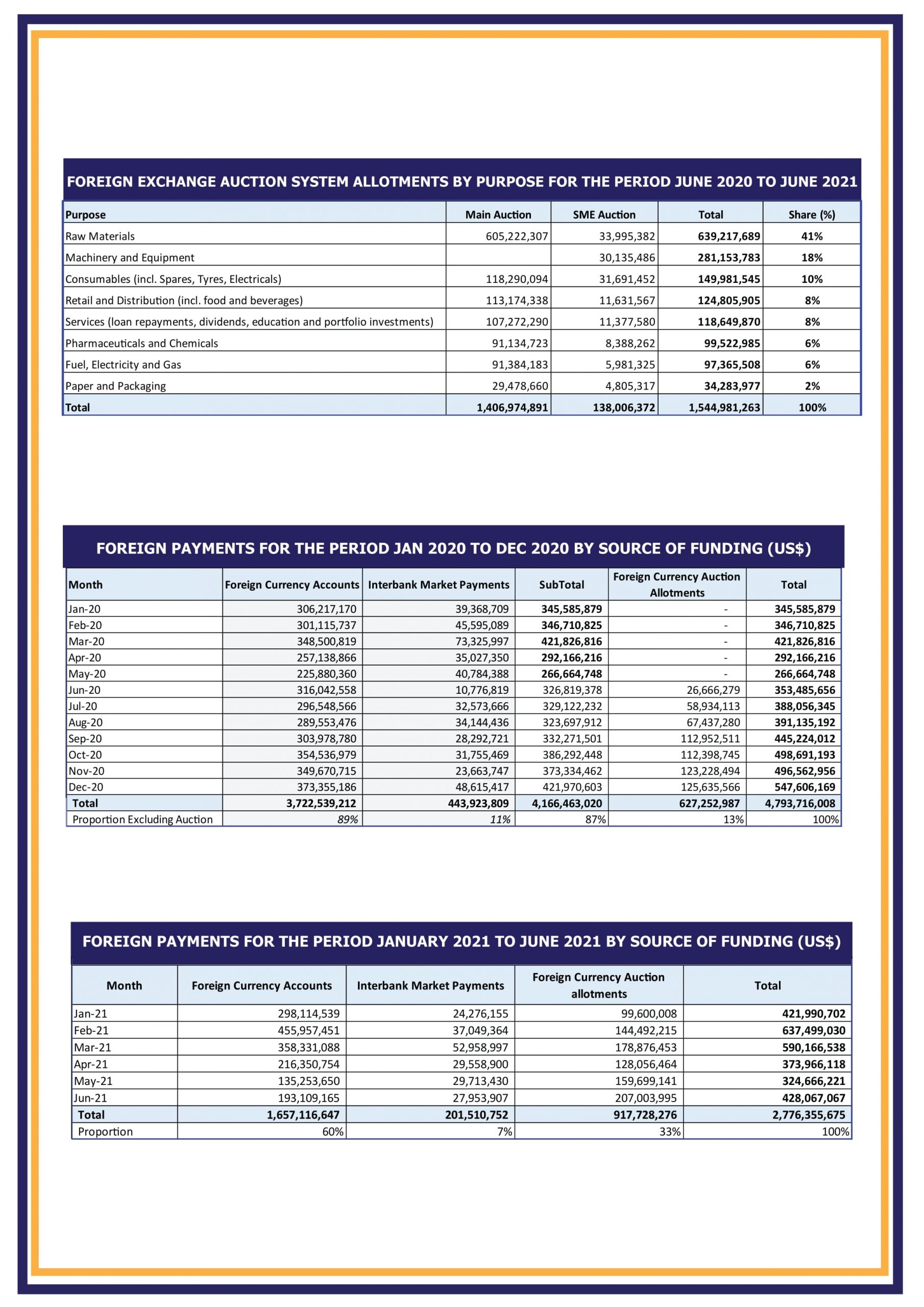