Has Mnangagwa now “rigged” the economy? 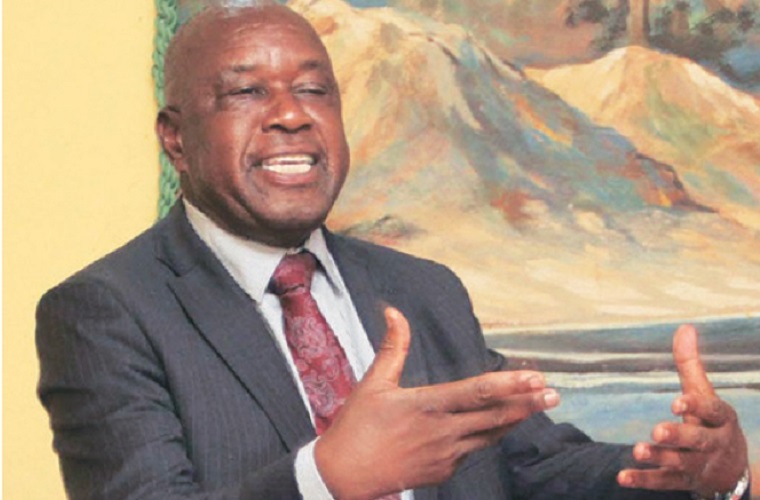 Writing in the Sunday Mail, Mutsvangwa said Chamisa’s plan to spoil things for Zimbabwe through “kudira jecha” had flopped.

President Emmerson Mnangagwa had succeeded in doing what Biti had said was impossible. Biti had vowed that Mnangagwa could rig the elections but he could not rig the economy.

Mutsvangwa said Mnangagwa had indeed turned around the economy much to the chagrin of his detractors.

He said Mnangagwa had allowed trading in the US dollar, taking away the pressure of inflation from the Zimbabwe dollar, which was under attack.

Mnangagwa had loosened US dollar retention by the central bank and suddenly small to medium gold producers, tobacco and cotton farmers had so much buying power in hard currency.

“The masterstroke was the publication of a statutory instrument that delivered blows on the ungodly twins of the OMIR-ETF derivative and the EcoCash mobile money agents,” Mutsvangwa said referring to the Old Mutual Implied Rate and the Exchange Traded Fund which were playing havoc on the Zimbabwe Stock Exchange.

“The coup de grace was the launch of the Dutch auction on a new foreign exchange market. Now going to the week 10, the RBZ auction has since been broadened to include small businesses,” he said.

“The Zimbabwe economic management ‘Dream Team’ of the His Excellency President Mnangagwa — Professor Mthuli Ncube as the Minister of Finance and Dr John Mangudya as Governor of the Reserve Bank of Zimbabwe — is en route to deliver a game-changing economic miracle.”

Critics are likely to brush this off as part of the ruling Zimbabwe African National Union-Patriotic Front propaganda, but Mnangagwa’s spokesman George Charamba said the same thing nearly two weeks ago, when several organisations said Zimbabwe was facing a crisis that needed regional or international intervention.

“Relatively speaking, Zimbabwe is a lot better by way of level of industrialization in relation to other SADC countries,” Charamba said. “And with projects which are underway, very soon Zimbabwe should be able to peep at South Africa as an alternative industrial hub. The Western world is aware of this and is doing its damndest to stop that from happening. Of course they will fail.”

His comments too can easily be written off as he is part of Mnangagwa’s propaganda team.

But a business source told The Insider two months ago that Mnangagwa was getting things right and that was why there was a concerted effort to thwart him.

“Everyone knows that if the regime gets it right on farming as is happening now, all the plans against Zim won’t work”, the source said, adding that investors were lining up to come to the country but local businesses were determined not to sell their shares cheap.

“The common stance among most firms in Zim right now is to take full control ahead of the anticipated economic boom,” the source said. “You may be aware that a number of firms are being approached by foreign investors but they are buying time so that they don’t sell their shares cheap.”

But going by the social media, one would think there will be no Zimbabwe tomorrow.

According to a new book on the psychology of fake news, one of the problems of the social media is that it allows “isolated voices to sound like a chorus”.