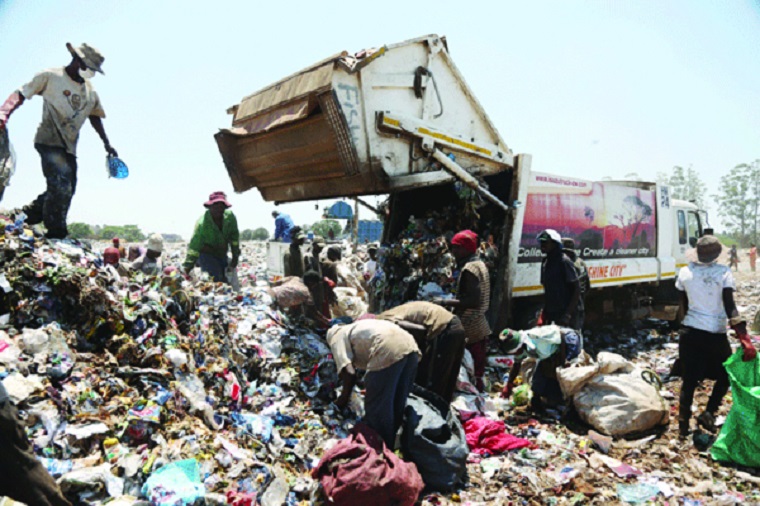 The Pomona waste management deal which was signed with a Netherlands company yesterday raised a stink in Parliament with opposition legislators saying the government was interfering with the operations of the Harare City Council as the deal was prejudicing ratepayers of US$22 000 a day.

Higher Education Minister Amon Murwira, however, said the deal was above board and was aimed at cleaning up the capital.

HON. BITI:  My question is directed to the esteemed Acting Leader of Government business, Hon. Professor Murwira.  The Constitution of Zimbabwe is clear that local authorities are run by those that are elected by citizens.  Is there a change of policy and is there any explicit change of the Constitution because we now see serious interference with local authorities in particular the City of Harare with regards to the recently concluded and controversial Harare-Pomona dump site agreement in respect of which the City of Harare is being levied the sum of US$22 000 per day for receiving or not receiving its own trash to its own dumpsite over a contract in which the majority of councillors …

THE HON. SPEAKER:  Can you summarise your question?

HON. BITI:  The question therefore is, why is the Government not allowing the local authority to make its own decisions?  Why is the Minister of Local Government giving guarantees on a contract on devolution funds in the absence of a devolution framework and law?

THE MINISTER OF HIGHER AND TERTIARY EDUCATION, INNOVATION, SCIENCE AND TECHNOLOGY (HON. PROF. MURWIRA): It is Government policy that local authorities function within the confines of the Constitution and the law.  If there is anything to the contrary, then it has to be treated appropriately.

Coming to the issue of Harare, we know that Harare has had problems over the years in terms of the operations of its facilities.  It is known that Harare last supplied enough water to its residents many years ago. They are producing about 300-400 mega litres per day out of a requirement of 1200 mega litres.  There has been a lot of gap in terms of service provision within the City of Harare.

The roads have also been in a very bad appalling condition for so many years, then comes the issue of Pomona which falls right within the same framework. The Pomona Dumpsite has been causing problems, burning every year while the local authority is there. The local authority is headed by a Ministry – it is not an independent body but it is within the law because they have approvals that come from the Ministry. As I said, if there are specific complains then they have to be treated in that specific manner but Government overally exercises responsibility over the local authorities.

To this end, we are aware of a ZIDA approved, a Cabinet approved and Council approved deal for waste recycling which is happening at Pomona Dump site. The issue is that if there are specific issues that can be raised they can always be raised but in terms of the Pomona Deal, it has gone through all the public processes that are known in terms of its approvals. If we are intervening with the city council through its processes – ZIDA also went on to approve this deal, we believe this can clean up this city. This city is dirty and we really have to work on it in national interest and make sure that we have cleaned up this city in a very sincere manner and not to take it as a piece meal. Harare is dirty and it is a fact. We must do something about it.