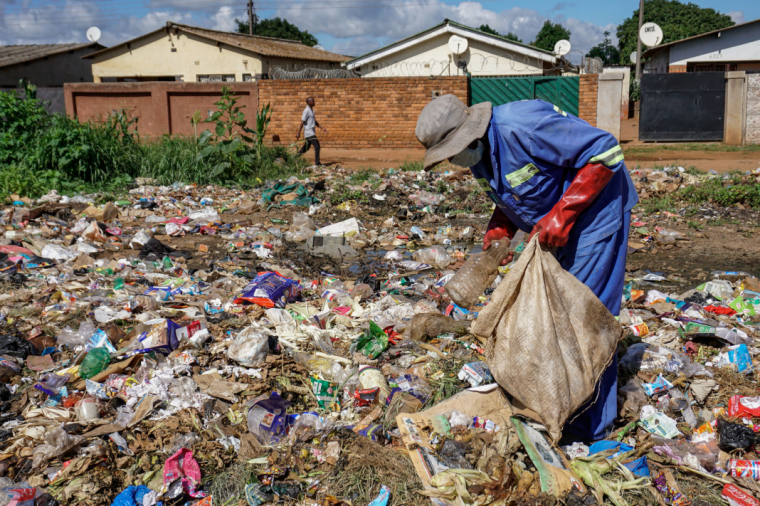 On the northern side of Harare, between a golf course, wedding venues and a growing middle-class neighbourhood, is Pomona, the city’s primary landfill site.

This site has become the ground for the latest political tussle in Zimbabwe which pits the ZANU-PF-led national government against the opposition-led local government and brings to the forefront the nascent political issue of the environment and climate change.

Amid corruption, poor service delivery and the fight for democratic space, there is the possibility of creating a decentralised, organic compost system that is community-owned and supports Harare’s sizeable urban agricultural sector.

The genesis of the matter is that Harare has a significant refuse collection crisis. Twenty years of deteriorating service delivery has resulted in Harare City Council, at the beginning of this year, having only seven refuse trucks servicing 46 wards in a city with a population of two million.

Waste dumpsites have become the norm, particularly in high-density suburbs that cannot afford the private refuse collection services that have sprung up over the last decade to fill the service gap left by the council. The Pomona dumpsite, which has filled up over the years, has become a fire hazard as well as an environmental problem.

To deal with the growing waste problem, the city council sent out two bids through a public tender process in 2016 and 2018. The first tender fell through because interested parties questioned the council’s ability to uphold their side of the potential agreement, which was to deliver enough waste to the dumpsite. The problem was not insufficient waste in Harare, but the before-mentioned logistical issue of the lack of operational refuse trucks. The 2018 tender collapsed after the council failed to receive clearance from the State Procurement Board.

In 2021, the national government decided to get involved in finding investment for the dump site. A Dutch-registered company, Geogenix, came into the fold.

Without a feasibility study being conducted, an agreement was signed that had the town clerk, office of the president, the central bank and ministry of local government representatives as signatories, as well as councillors from the Movement for Democratic Change-T. According to reports, the contract is stipulated to be valid for 30 years.

Harare will pay US$40 per ton to Geogenix. In the first year of the contract, the city is obliged to pay US$8.03 million. By the fifth year of this contract, the figure would have risen to a minimum of US$14.6 million annually.

On the surface, the above explanation appears to be a simple issue of a city struggling to raise investment funds and the national government coming in to save the day. However, a dark undercurrent of dirty politics has been at play with the awarding of the contract to Geogenix.