Zimbabwe cement company can’t use new plant because it owes...

by Charles Rukuni 3 weeks ago2 weeks ago
0 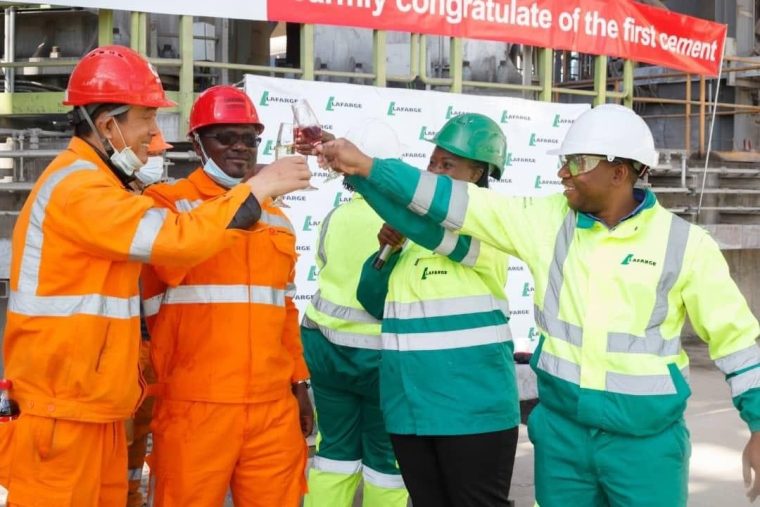 Lafarge has completed the construction of a new mill that will double its cement manufacturing capacity – but it cannot use the new plant because it owes the supplier US$5.2 million.

The new Vertical Cement Mill is part of a US$25 million investment in expansion by Lafarge, and will increase capacity from 450 000 tonnes of cement per year to one million tonnes.

But the company that built the US$15 million plant, CBMI of China, will only fully hand over the plant once Lafarge pays the US$5.2 million outstanding for the project.

“We currently owe them US$5.2 million because of the shortages that are happening in our market. Government has not been able to disburse the funds to CBMI of China,” Lafarge Zimbabwe CEO Geoffrey Ndugwa told a group of MPs visiting the plant yesterday.

“The current risk today is that the new plant has not been officially handed over to us by CBMI. We do not have control as Lafarge at the moment. We cannot obtain a certificate of completion before the debt owed is serviced.”

CBMI, one of the world’s largest cement factory contractors, supplied the new line. Germany’s Gebr Pfeiffer supplied the vertical roller mill, which has a capacity of over 94 tonnes per hour.

The payment delays reflect the problems faced by many manufacturers in Zimbabwe as they try to pay for equipment to expand capacity.

The CBMI debt may also delay Fossil Mining’s takeover of Lafarge, which was announced earlier this year.

In 2021, Lafarge commissioned a new US$2.8m dry mortar plant, which increased output of dry mortar products – such as adhesives and agricultural lime – from just 7 000 tonnes per year to 100 000 tonnes annually, equal to national demand.

Lafarge says it is now recovering from a serious liquidity shortage, after a roof collapse at one of its mills halted production between October and February, hurting sales.