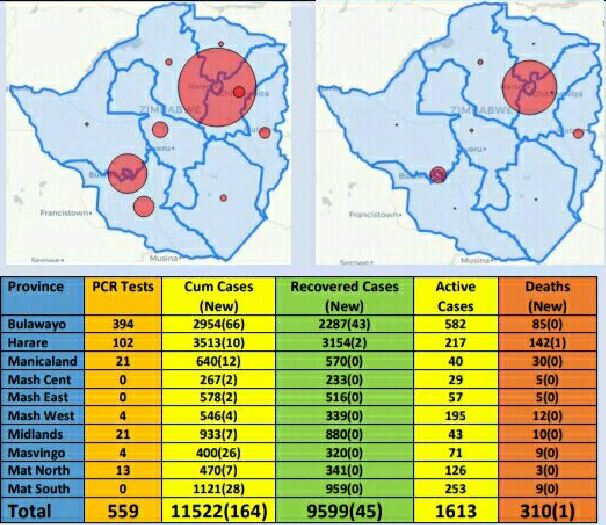 Zimbabwe today recorded 164 new coronavirus cases but each of the country’s 10 provinces had two or more cases with Bulawayo recording 66 cases followed by Matebeleland South with 28 and Masvingo 26.

There was one death, in Harare, resulting on the country’s death toll rising to 310 and that for Harare to 142.

There were only 45 recoveries, 43 of them in Bulawayo and two in Harare.

Globally the number of cases now stands at 73.6 million with just over 17 million in the United States alone.

Some 1.64million people have died, 51.6 million have recovered but there are still 20.3 million active cases.