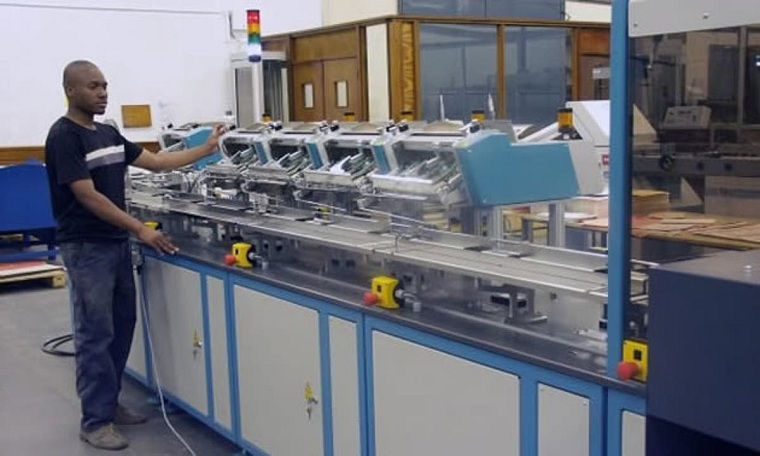 Zimbabwe’s central bank plans to sell a majority stake in the southern African nation’s sole gold-buying firm in a bid to boost compliance with trading of the precious metal.

Fidelity Printers and Refiners will be split in two, with 60% of its gold-refining business sold to private investors, the Reserve Bank of Zimbabwe said in an emailed statement.

The central bank would retain a 40% stake, plus full ownership of the separate printing and minting business, it said.

“The unbundling of FPR is designed to partially privatize the gold refining business,” central bank Governor John Mangudya said in the statement. “By being part of the decision-making process on gold trading, it is expected that the gold producers’ compliance levels in the trading of gold will significantly increase.”

More than US$1.5 billion of gold is smuggled out of Zimbabwe every year, depriving the cash-strapped economy of crucial foreign-exchange revenues, research organization International Crisis Group said last month.

Smuggling is flourishing under a law that forces miners to sell their precious metal to FPR, which pays for gold 70% in dollars. The balance comes in local currency, which is not only worthless outside the country but is paid at an official rate that’s well below black-market levels.

The central bank will offer 50% of the refining business to large gold producers, with 7% going to small-scale miners and 3% to gold-buying agents. The unit was valued independently, the bank said, without providing further details.

Larger gold producers in Zimbabwe have been pressing the government to scrap the law obliging them to sell to the central bank.

The mining sector is key to rebooting an economy suffering from acute shortages of fuel and food, as well as dollars.

Official gold exports fell 23% to less than US$700 million in the first 10 months of this year as output slumped.

The central bank also said it plans to dispose of Tuli Coal Ltd. to the government.- Bloomberg 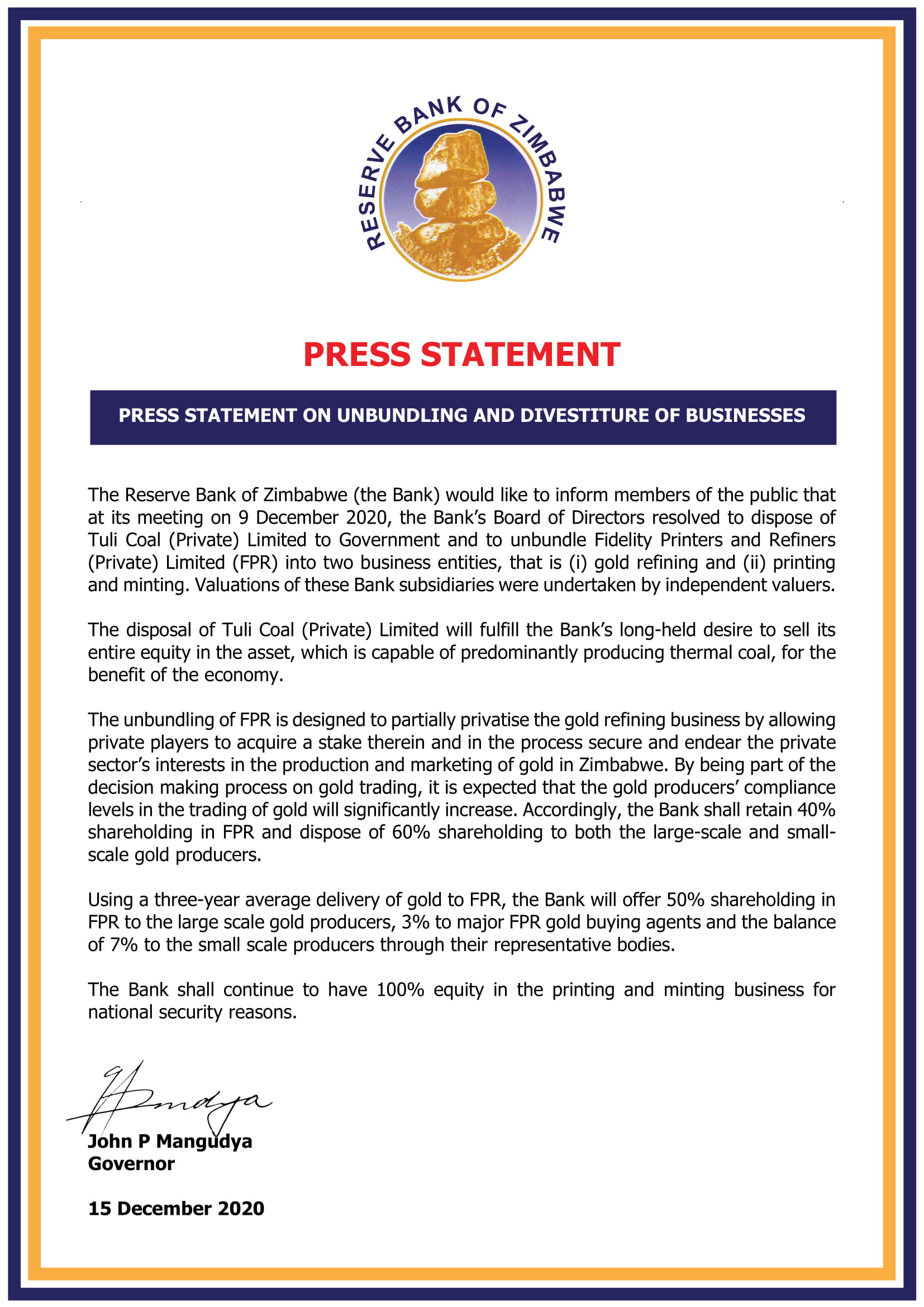