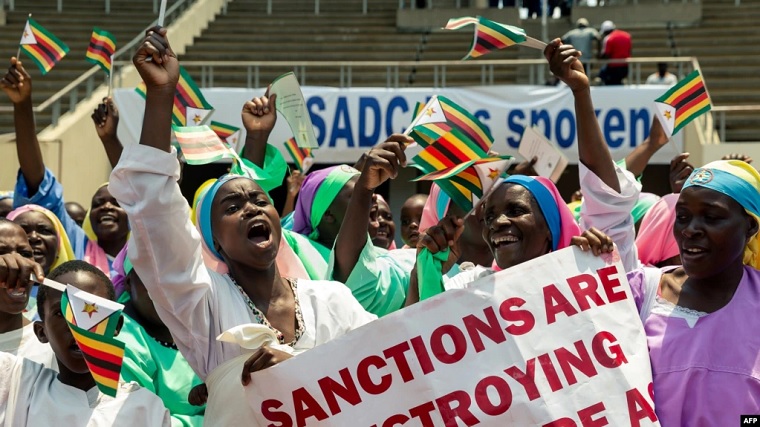 The European Union may lift its sanctions on three Zimbabweans, including acting President and the current Vice-President Constantino Chiwenga next month, a French publication Africa Intelligence said today.

The EU maintains an arms embargo on Zimbabwe and sanctions on the Zimbabwe Defence Industries but suspended its sanctions on Chiwenga, former First Lady Grace Mugabe and Defence Forces Chief Valerio Sibanda.

Africa Intelligence says EU sanctions have been a source of tension between Brussels and Southern African Development Community member states.

SADC says sanctions on Zimbabwe are illegal and are hurting ordinary Zimbabweans contrary to arguments by the EU that they are not as the EU stated when it renewed them for a year last year to 20 February this year.

“These measures do not affect the people of Zimbabwe, its economy, foreign direct investment, or trade, and Zimbabwe continues to benefit from duty free and quota free access of its exports to the EU, with negotiations to deepen the Eastern and Southern Africa (ESA) Economic Partnership Agreement (EPA) ongoing,” the EU said.

The SADC view that sanctions hurt ordinary Zimbabwe was backed by the United Nations special rapporteur Elena Douhan who argued that the sanctions were hurting the entire population of Zimbabwe.