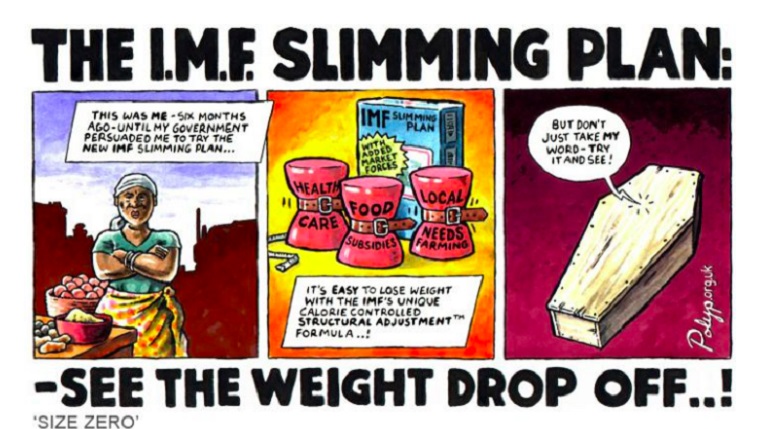 The majority of the International Monetary Fund’s structural adjustment programmes, most of which are imposed on developing countries ostensibly to get their economics back on track, fail because of IMF meddling and end up plunging the countries into a dependency trap, a new study says.

The study says the borrowers ended in a debt trap which kept them going back to the IMF to get more money with borrowers having an average of six programmes in the 35 years.

“Only 10% of the programmes were for first time borrowers, while Kenya, Mauritania, Malawi and Senegal had 13 programmes each,” the study says.

“Despite decades of assistance, many borrowing countries have failed to graduate from IMF tutelage, and, instead, sign up for repeated lending programmes that are often poorly implemented,” the study says

“By prescribing excessive degrees of structural reform, the IMF increases the likelihood of programme failure in its borrowing countries. If and when such failure happens, countries subsequently suffer from a loss of investor confidence and an increase in the cost of sovereign refinancing, leading countries back to the IMF with fresh requests for a loan.”

This dependency, or debt, trap, according to Jason Hickel is deliberate.

Hickel says in his book: The Divide, that the IMF and the World Bank are being used as the new colonisers for developing countries to keep them in debt and beholden to Western countries, especially the United States which has veto power on who gets loans from the two Bretton Woods institutions.

“The IMF was originally designed to use its own money to lend to countries with balance of payments problems, so that they could keep government spending up and therefore avoid another depression,” Hickel who was born and grew up in Eswatini writes.

“It was John Maynard Keynes’s plan for making sure that the economy of the industrialised world stayed afloat during hard times. But now the G7 was going to use the IMF for a different purpose entirely: to force global South countries to stop government spending and use their money instead to repay loans to Western banks.

“In other words, the IMF came to act as a global debt enforcer – the equivalent of the bailiff who comes to repossess your car, only much more powerful.”