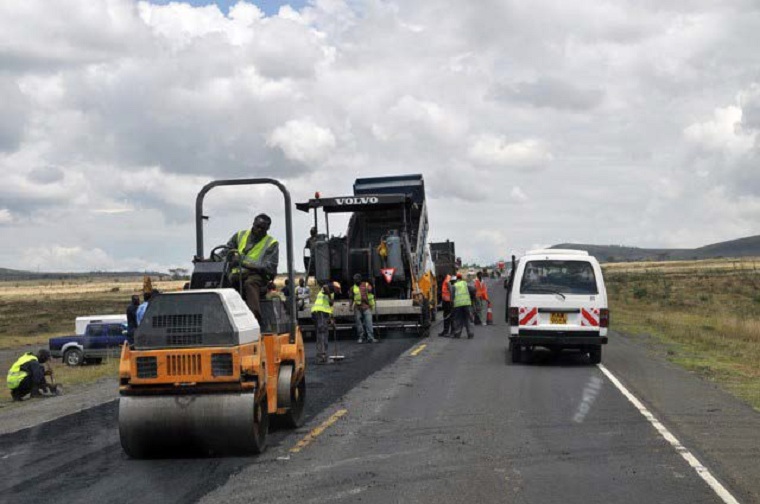 Contractors being awarded jobs by the government are dumping huge sums of money on the black market to get United States dollars fueling inflation and the collapse of the local currency, legislators said during question time on Wednesday.

The legislators wanted to know what government was doing about this and wanted Finance Minister Mthuli Ncube to respond but were told he is likely to do so when he presents his mid-term review next week.

Leader of government business Ziyambi Ziyambi said that the central bank’s Financial Intelligence Unit was monitoring transactions when those companies were paid.

Independent legislator Temba Mliswa blamed Chinese contractors saying infrastructure jobs should be given to local contractors as they have no need to externalise money.

The appetite for the greenback by those with huge sums of money is clearly demonstrated by rates published by Zimprice check.

HON. MUTSEYAMI:  Thank you Mr. Speaker Sir.  My question is directed to the Minister of Finance but in his absence, I will direct it to the Leader of Government Business.  What is Government policy pertaining to companies which are given tenders firstly by Government to do work and their payment is made in RTGs of huge amounts?  There is a tendency now of taking the RTGs payment which would have been given to those companies and offload those big amounts on the black market to quickly access US dollars.  In that regard, as they dispose the huge amounts of RTGs, they cause a rise in inflation and also inflate the rates on the black market.  How is Government going to manage that scenario which is now a daily occurrence?  I thank you.

THE MINISTER OF JUSTICE, LEGAL AND PARLIAMENTARY AFFAIRS (HON. ZIYAMBI):  Mr. Speaker, this issue was addressed by both the Minister of Finance and the Reserve Bank Governor and they indicated that they have now directed the Financial Intelligence Unit to monitor those transactions when those companies have been paid. They are monitoring the movement of the funds with a view to ensuring exactly what he is saying does not happen.  I believe that action is being taken into control by the relevant Monetary Authorities.  I thank you.

HON. MUTSEYAMI: Hon. Minister, can you clarify if there are any chances of the Minister of Finance coming to this august House and giving a Ministerial Statement so that Hon. Members will debate on the issue because there are a lot of questions which would arise as a result of that.  As we speak right now, the huge amounts are being offloaded on the black market and this is done mostly by the so called big companies.

HON. ZIYAMBI: Thank you Mr. Speaker.  Indeed, the Minister of Finance is now due to come to this august House to present his Mid-Term Financial Statements and also a Supplementary Budget if he believes he needs a Supplementary Budget and a Finance Bill.  During that time, we should be able to debate and interrogate what has been happening.  I am not very sure that he will be here tomorrow because of other commitments but next week, he will be making a presentation and thereafter we should be able to interrogate his statement and everything that has been happening with a view of coming up with solutions as Parliament.  I thank you.

HON. T. MLISWA:  Mr. Speaker Sir, Hon. Mutseyami has come up with a very good question.  We are appreciating the infrastructure development which is going on by the Second Republic but it is coming at a cost.   The Chinese companies – the whole thrust was to empower the local companies because they did not need foreign currency.  If they needed foreign currency, they would go to the auction after being paid by Government in RTGs.  Now you have got foreign companies that are coming in and this is where the problem is, the local companies must go to auction.  They are being paid especially the Chinese companies, they go on the black market and the inflation goes up and then they externalise that money.  So, a lot of money is being externalised as a result of that because they are not interested in the RTGs.  Why is Government engaging foreign companies and then paying them in RTGs knowing very well that they are saboteurs in terms of increasing inflation.  So, may there be a response in that statement from the Minister which Hon. Ziyambi has alluded to.  It is these foreign companies, especially the Chinese companies which are coming with equipment and no money but they then offer a service and they are paid in RTGS.  They go on the black market and the rate goes up.  That is how they are doing it.  There used to be a serious measure taken to curb that.  If we decide to go for our local companies, we pay them in RTGs and we can monitor our local companies but we cannot monitor the foreign companies at the end of the day. So, it is important also to appreciate what monitoring mechanisms have been put in place.  At the end of the day, Government comes under pressure because the money that they pay to the civil service has no value.  So that is important.  I thank you.