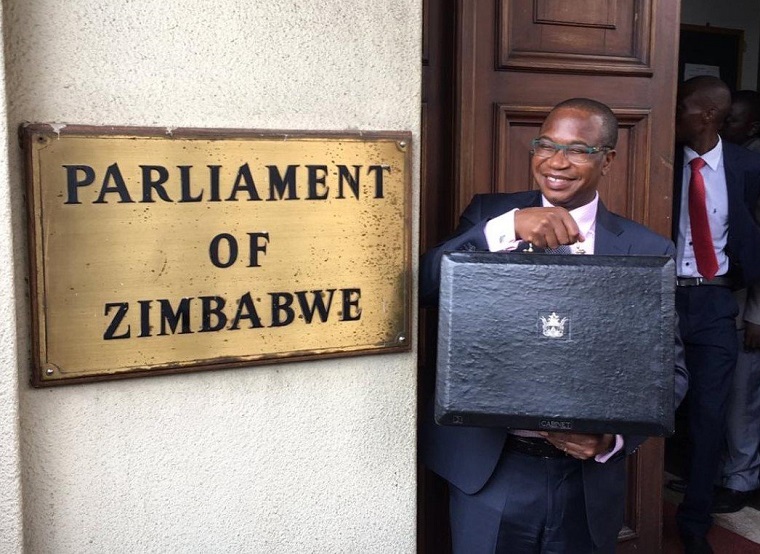 Zimbabwe Finance Minister Mthuli Ncube is to present his mid-term review on Thursday.

The minister has been under pressure to issue a ministerial statement on what the country is doing to address rising inflation and a collapsing local currency.

Chief Fortune Charumbira who was temporary president of the Senate during question time on Thursday, said he had received a letter stating that Ncube would not be able to issue a ministerial statement on the state of affairs in the country as he would be presenting his mid-term review on 28 July.

Contractors involved in infrastructure development projects have been accused of dumping huge sums of money into the black market to get the US dollar.

HON. SEN. ENG. MUDZURI: My point of order is that it is unfortunate that the Deputy President of Senate has gone away.  Last week we were promised that the Minister of Finance and Economic Development was going to come here to tell us about the gold coins, but today there are no Ministers.  Can you be proud to run a House with four Ministers, answering questions on a Thursday when the economy is so down?  My point of order is when are we going to get Ministers to come and answer questions and properly represented by the Leader of the House?

THE TEMPORARY PRESIDENT OF SENATE (HON. SEN. CHIEF CHARUMBIRA): Having been absent last week, I will have a partial answer.  I am not sure about other Ministers, we have a list of those that have sent in apologies but with respect to the Minister of Finance, I am going to read his letter to the President of the Senate.  I proceed, it is dated 19th July, 2022.  It says:-

We acknowledge receiving communication that the Minister of Finance and Economic Development Hon. Prof. Ncube is required to address the Senate on issues to do with the prevailing macro-economic environment

The Minister is currently presenting the Mid-Term Budget Review, of which it has already been presented to the Cabinet Committee on Finance and Economic Affairs.  He is presenting to Cabinet today. [That was on the 19th July, 2022].  The presentation to Parliament is on 28 July, 2022.  Madam President, we are therefore kindly requesting your permission if Senate can indulge the Minister to present the Mid-Term Budget Review to Parliament first and then attend to the issues raised by Senate.  The Hon. Minister, fully appreciates the importance, urgency and the need to address the issues raised by the Senate.  Please accept Madam President, the assurances of my highest consideration by the Minister’s Office.

I think this sounds clear.