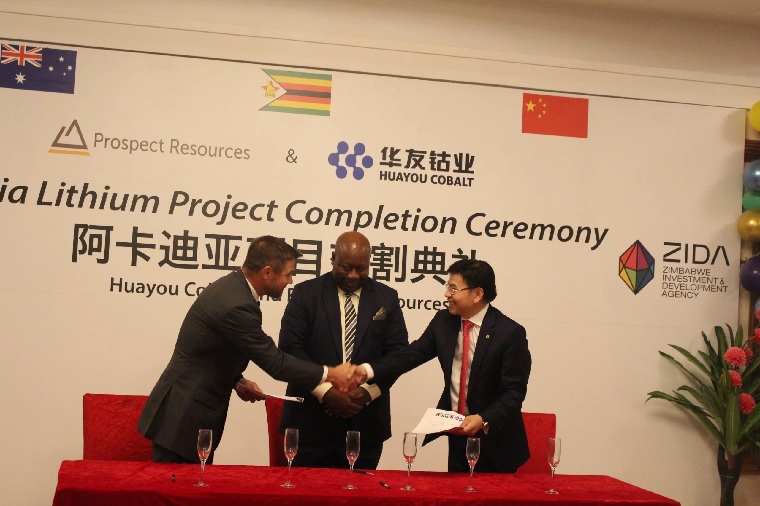 The cobalt refiner had reportedly stated that the production of lithium in the African country is ‘not feasible’ due to power scarcity and other important input requirements.

Following the US$422m acquisition of the Arcadia hard-rock lithium mine earlier this year, Zhejiang announced plans to invest US$300m to develop the mine and build an ore processing plant.

For approving the deal, one of the conditions set by the commission requires Zhejiang to start battery-grade lithium production from the project within five years.

In a notice seen last week by Reuter news agency, the commission said: “The transaction was approved subject to the condition that the merged entity, its subsidiaries, affiliates and successors in title should undertake to produce battery-grade lithium in Zimbabwe within five years of receiving this determination.”

In order to comply with the competition commission’s directive, Huayou is also required to build a converter for further processing to produce battery-grade lithium carbonate, although its current plan involves only a concentrator plant to process ore.

In May 2022, when it announced the Arcadia mine investment plan, Huayou had stated: “For each tonne of battery-grade lithium carbonate production, it needs 2,800kWh of green renewable power, 500m³-600m³ of natural gas, 2.2t of concentrated sulfuric acid (98.5%), 2t of first-class sodium carbonate, 20kg of first-class sodium hydroxide, 4t of heavy calcium powder, and 1.6t of food-grade carbon dioxide.

“There is a chronic shortage of these supporting and auxiliary materials in Africa, and the costs incurred by importation would be huge and unaffordable.”

Located near Harare, the Arcadia project aims to process 2.4Mtpa of ore. It is considered one of the largest hard rock lithium resources in the world.-Reuter