African Development Bank steps in because Zimbabweans have suffered enough 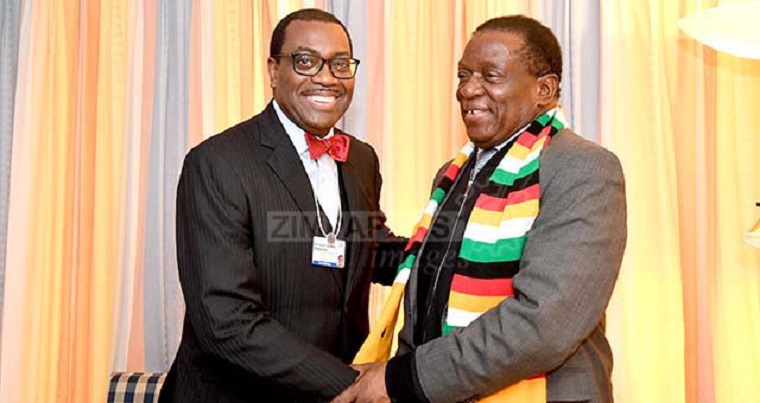 The African Development Bank (AfDB) has agreed to provide Zimbabwe with financial assistance to help clear its US$13.5 billion debt partly because of the need to alleviate the country’s citizens from the impact of extreme poverty.

Mr Adesina arrived in Zimbabwe on Monday to commence his engagement process with President Emmerson Mnangagwa, senior government officials, and G7 member states envoys, among others.

During a press briefing, Mr Adesina revealed that he was prompted to assist the struggling nation because of his empathy for the impoverished citizens of Zimbabwe.

According to him, Zimbabwe has been a reliable shareholder of the bank, as testified by the US$9.6million payment made as part of the general capital increase despite economic challenges back home.

The AfDB president also noted that Zimbabwe had made token payments of roughly US$700 000 annually to clear some of the outstanding debts.

“I told President Mnangagwa that it is about the people of Zimbabwe. They have suffered long enough; you know, two decades. When I look at the situation today, you have 49% of the people in extreme poverty, and that really has to change through new hope,” he said.

“As the President of AfDB, I will help in that. I told him (Mnangagwa) about five regions where I am taking on a similar role. It is my duty and responsibility to do so because we have 54 member countries from Africa and Zimbabwe is one of them. So when one of them hurts, the whole part hurts,” he added.

“The third is that I believe it is time to reinvigorate and redynamise the economy here because it is critical for the SADC. We are now talking about the Africa Continental Free Trade Area, and of course, Zimbabwe needs to play a very big role,” he said.

Zimbabwe is the only regional member country of the African Development Bank currently under sanctions from the Bank and other multilateral financial institutions because of debt arrears amounting to over US$2.6 billion.-Business Insider Africa