Africa takes first step to tell its own story 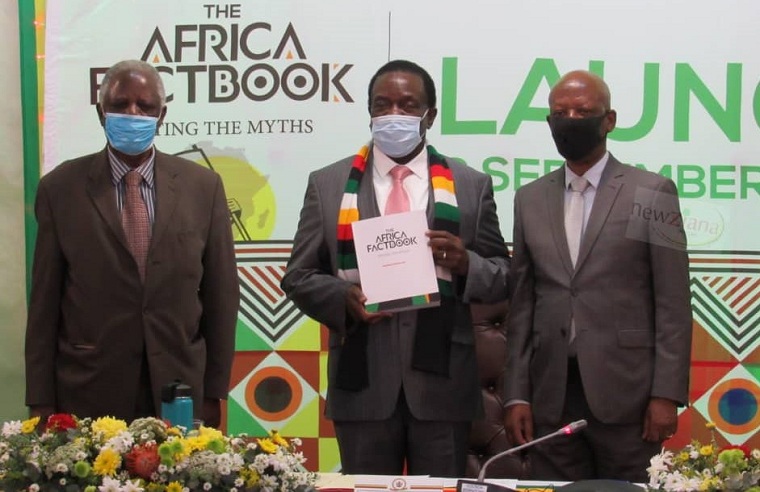 Africa today launched the first edition of the Africa Fact Book, which seeks to bust colonial myths, misrepresentation and mischaracterisation of the continent.

The first in a series, the book represents Africa’s first ever affirmative steps to tell its own story.

Endorsed by the African Union (AU) and published by the Institute of African Knowledge, the 803-page book, produced after nearly a year of comprehensive research and consultation, tells the story of Africa as has never been told before.

The project, running under the theme: “Busting the Myths,” aims, in the main, to correct the distortions of the history of the continent as told by colonial settlers on the continent.

It details the history of the continent, its contribution to science, inventions and human development as well as the stories of individual African countries.

Zimbabwe President, Emmerson Mnangagwa, whose country sponsored the production and hosted the launch of the first edition of the book, said the Africa Fact Book will “help accentuate our pride and appreciation of our history and heritage”.

“The documentation of our rich collective pedigree and heritage will motivate Africa and strengthen the resolve to build “The Africa We Want.”

Mnangagwa said Africans must draw inspiration from past achievements and ensure the continent reclaims its position in science, technology, innovation, research, culture and politics for the advancement of modernisation, industrialisation and overall development of Africa.

“It (The book) will contribute towards the cultural, educational and mental emancipation of the African people,” he said.

“The continued narratives and myths which must be debunked vary from time to time and across generations. Some purport that the people of Africa have no history and that our colossal monuments were not built by us indigenous local people.”

He said the Africa Fact Book had shown that “Africans are a peace loving people who have given more to the world than taken from it”.

AU Chairman, Cyril Ramaphosa said time for Africa’s story to be told through third parties was over.

“For centuries, the history of Africa has been told by others, most often by people who have subjugated the continent,” he said in a speech read on his behalf.

“The African Fact Book is a response to more than 600 years of silence while others spoke on our behalf.”

He urged other African countries to support production of the next editions of the Africa Fact Book as the continent’s story could not be told in one book.

Professor Simbi Mubako, from the Institute of African Studies, said the book sought to ensure that Africans no longer continue to view their home through the lenses of others.

“We do not want Africans to continue going to American and European sources to find information about Africa,” he said.

Mnangagwa also commissioned the Mobile Museum of African Liberation, a project that seeks to ensure African youths appreciate the tough road the continent passed through to attain independence from colonial rule.- New Ziana