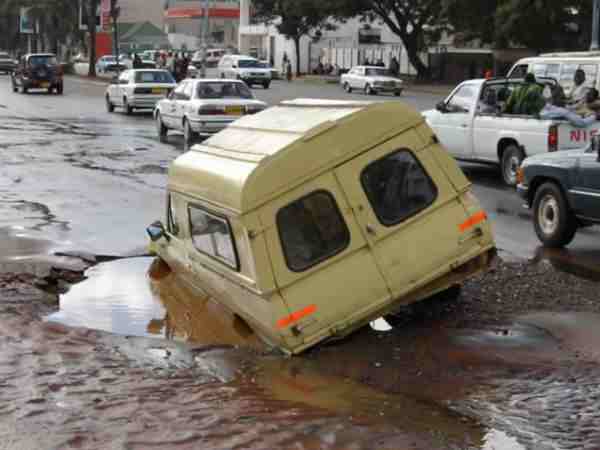 The Zimbabwe National Roads Authority (ZINARA) disbursed $11 million to local authorities in the first three months of the year for the rehabilitation of roads, an official has said.

The money disbursed is just 23 percent of the $48 million that the authority had set aside for roads infrastructure development this year, ZINARA chief executive Moses Juma told a conference on the state of the road network.

ZINARA also said it will spend $1.7 million on a National Roads Conditions Survey to assess the state of the country’s roads. This is the first such survey since 1999, Juma said.

Juma conceded that the country’s road network was in bad state and needed urgent attention. He said it was difficult for the authority to timely rehabilitate or maintain the country’s roads in the absence of critical data required to determine the structural integrity, distresses, skid resistance and overall quality of the road pavement.

“There have been various figures flying around as the cost of rehabilitation of the country’s total road network. Most of these figures have had no scientific background due to the lack of a National Roads Conditions Survey. ZINARA has been making disbursements but the challenge has been that we have been flying a plane without a radar,” Juma said.

“We have prescribed the wrong solutions to what we thought could be the problem. Without the National Road Condition Survey, it is almost impossible to meaningfully make an impact on our roads. This is why where there can be an intervention that could be a total rehabilitation of a section, you find someone carrying out pothole patching which is unsustainable as resources are always directed to addressing a symptom than the real issue in the form of periodic maintenance. It is this survey that is the right antidote needed to determine the road network rehabilitation requirements and costs required thereof,” he added.

Juma said international financiers for roads works’ wanted credible data of the entire road network but Zimbabwe was not in a position to provide such due to lack of accurate data backed by an up to date road survey.

The exercise, wholly funded by ZINARA, will run for nine months.- The Source