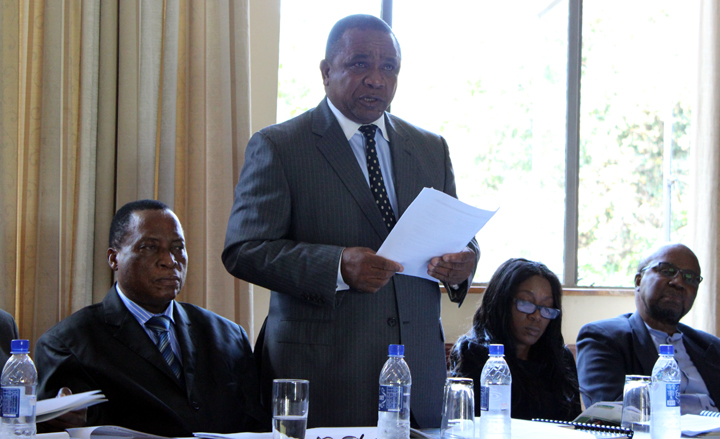 The group, which has been hit by shareholder wrangling, also announced the immediate departure of chairman Simplicius Chihambakwe. His departure follows that of another board member, P Bwerinofa, who quit the company on April 11. Finance director Acquiline Chinamo also left at the end of last year.

NicozDiamond Insurance managing director, Grace Muradzikwa, has been appointed acting chairperson of one of the country’s largest agro processing firms, whose fortunes had been affected by slowing turnover, sustained losses and working capital deficits over the past two years.

“The group chairman, Mr Simplicius J Chihambakwe, has retired from the board with immediate effect to focus on his private practice. The board wishes to thank him for his leadership and invaluable contribution over the years and wishes him well in his future endeavours,” said CFI.

“The group chief executive officer Mr. Stephen Paradzai Kuipa is proceeding on leave pending his retirement on 30 April, 2016. The board wishes to register its appreciation for his role in leading the group up to the point of his retirement.”

While the statement did not explain the reasons for the changes, CFI has been at the centre of controversy since last year.

At the time, Van Hoogstraten held a 23.2 percent shareholding in CFI through his Messina Investments vehicle. His stake has since grown to 34 percent.

Early this month, Messina proposed a forensic audit of the group’s affairs going back six years to ascertain ‘mismanagement and corruption’ which it said had destroyed shareholder value.

CFI’s going concern status had been under threat and its operations had been undermined by high gearing and a working capital crisis, according to its 2014 annual report.

It failed to publish its financial results for the full-year to September, leading to its suspension from the ZSE.- The Source

CFI to get $26 million compensation for acquired land