Zimbabweans swindled out of US$1.9 million in three weeks in... Hundreds of Zimbabweans were swindled out of US$1.9 million in three weeks through a Ponzi scheme which promised returns of 5 to 100 percent.

They said the two operated Kuwait Dinair Limited (KWD), a Ponzi scheme, between 13 July and 6 August and swindled the public of $1.9 million.

According to a Herald report in August, hundreds of people were queuing as early as 4am at the KWD offices, breaking the coronavirus curfew, as it only took in 300 customers a day.

It demanded US dollars cash.

The report said some of the forms that clients filled were written in Arabic but some of the people interviewed said they did not mind as long as they invested their money because the company offered good returns.

Most of the clients did not know the owners of the company and some did not even know its name. 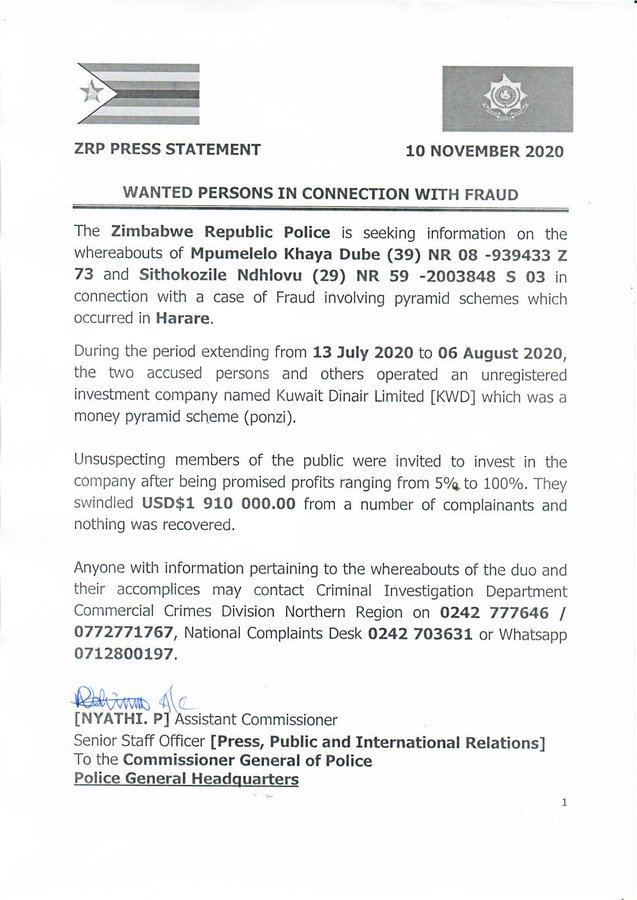