The Zimbabwe dollar today remained static at $81.67 against the United States dollar as a record US$31.8 million was allotted today at the small and medium enterprises and the main auctions.

As has become the norm, raw materials, machinery and equipment, got more than half the allocation.

Only nine bids were disqualified at the SME auction and 20 at the main auction.

Some 143 bids qualified at the SME auction at 248 at the main auction.

The market could now be buying in on the stability of the local currency as the Old Mutual Implied Rate has also been falling since the last auction. 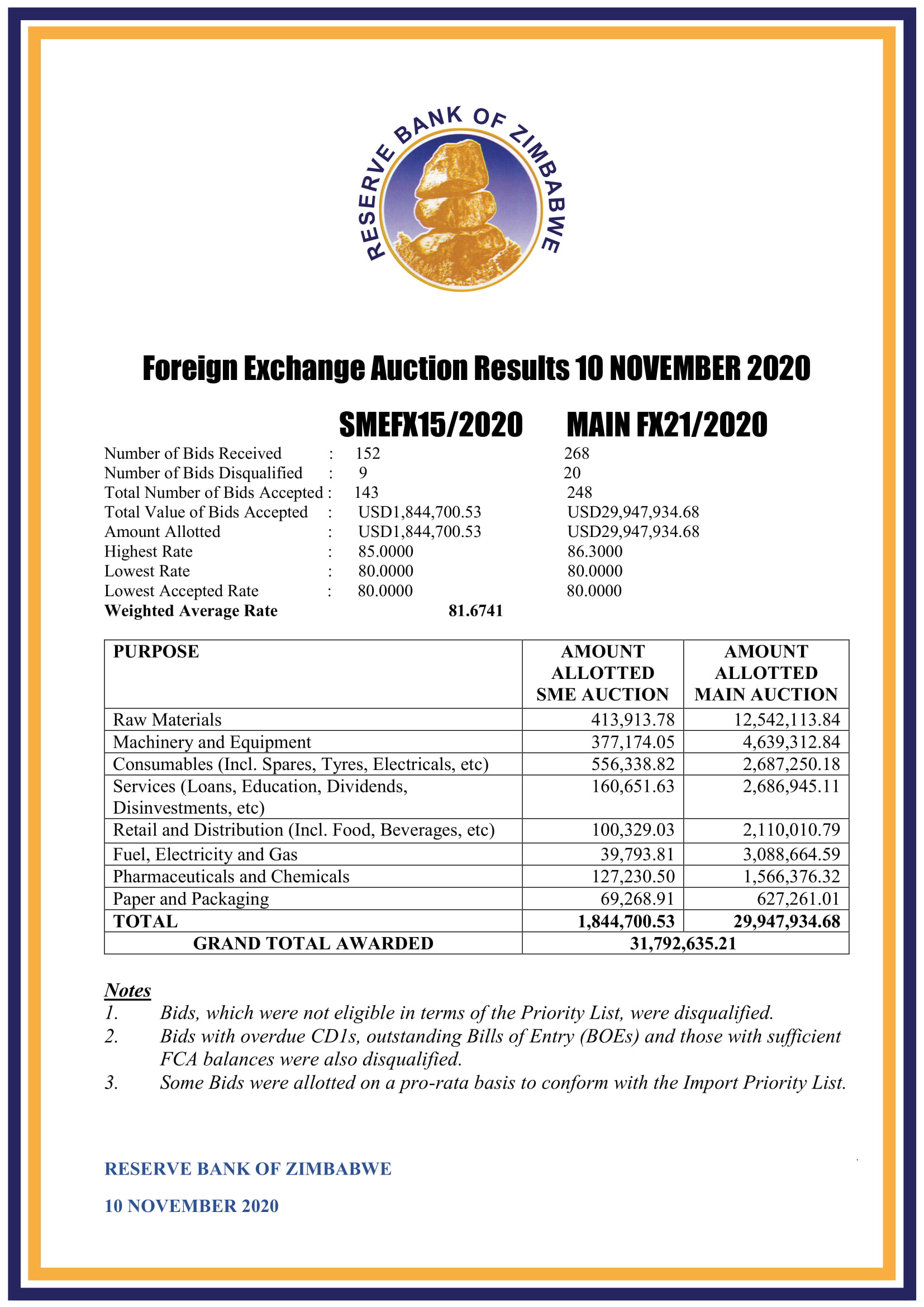