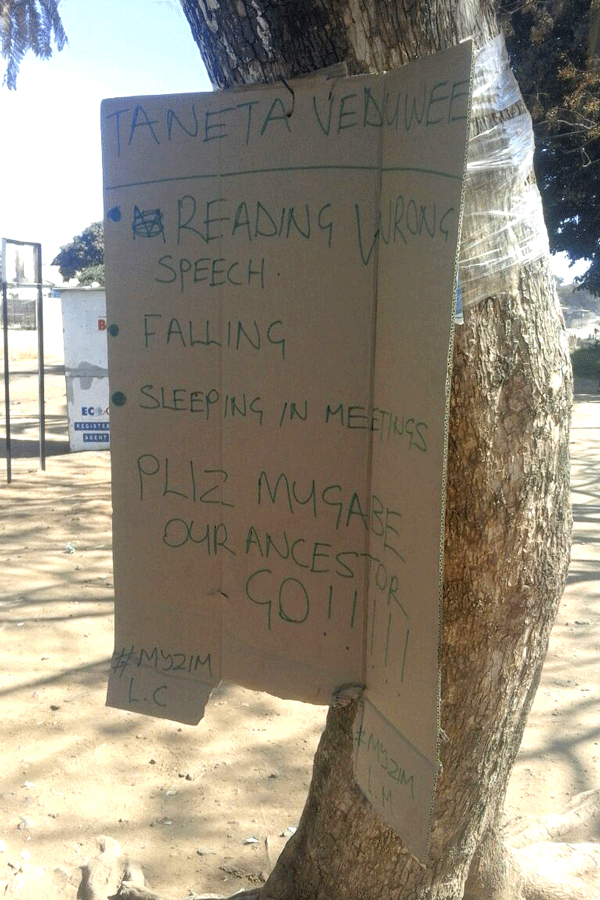 Business ground to a virtual halt in Zimbabwe’s capital Harare and other major towns today as people largely heeded calls by grassroots activists to stage a nationwide shutdown in protest against President Robert Mugabe’s handling of a deepening economic crisis.

By conservative estimates, the near-total freezing of the retail sector would cost the economy millions of dollars. Zimbabwe’s government reported an average $8 million daily takings in value-added tax in the first quarter of 2016.

Zimbabwe, which snapped a decade-long recession when it dollarized in 2009 under a power-sharing government formed by the long-ruling Mugabe and opposition leader Morgan Tsvangirai, stands on the verge of another recession as its short-lived commodity-driven economic rebound buckles under weak prices, political uncertainty, mismanagement and policies that discourage investment.

Following another poor farming season and declining tax revenues, amid a biting bank note shortage, government has had to revise its 2016 economic growth forecast from 2.7 percent to 1.4 percent, which many independent analysts believe is still optimistic.

Over the past month, the country, especially the capital Harare, has been rocked by small, spontaneous public protests – a rarity in a country where Mugabe, in power since independence in 1980, has used the security forces to crack down on dissent.

This has started to change as Mugabe has looked increasingly bereft of ideas to turn the economy around.

A national shutdown called for Wednesday by a motley crew of activists – informal traders and vendors, public transport operators and a social media powered movement led by a Harare pastor, Evan Mawarire, who has emerged as the public face of the protest — became the largest such demonstration by opponents of Mugabe’s rule in over a decade.

The government’s response to the banknote shortage by printing token ‘bond’ notes with value at par with the United States dollar, a move many see as an unofficial re-introduction of a much-loathed local currency, has been a sore rallying point for much of the dissent, as have been tight withdrawal limits imposed on depositors, many who endure long lines for hours to access the little available cash.