Zimbabweans in South Africa go to court because banks and... 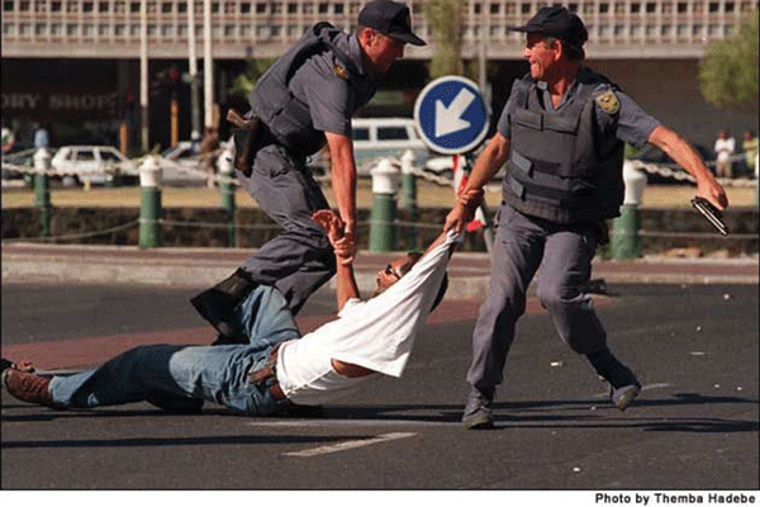 Thousands of Zimbabweans living and working in South Africa under the ZEP system have been told by local banks to provide a valid visa or permit within seven days, failing which the matter will be reported to the Department of Home Affairs (DHA) in terms of Section 45 of the Immigration Act.

Asked to comment on the request for ZEP holders to provide a valid visa or permit within seven days, FNB said in August that it was “monitoring developments regarding the status of Zimbabwean exemption permits and [the bank] communicates regularly to customers who may be affected”.

“Our latest communication to customers who are ZEP holders aims to inform them about the most recent directive from the Department of Home Affairs and the options available to them.”

“This is shocking … The banks are being weaponised against Zimbabweans in SA,” says ZEPHA legal representative Advocate Simba Chitando.

“This is how it started with the Jews in 1930s Germany. Zimbabweans, who make a huge contribution to the SA economy, are being harassed and intimidated by banks, and now schools, several of which are refusing to enrol the children of ZEP holders,” claims Chitando.

“There is a steady process of de-humanising Zimbabweans, stripping them of banking facilities and eventually forcing them out of the country.”

Chitando’s comments follow reports that Zimbabweans working and paying tax in South Africa for more than a decade are being charged as foreigners at local hospitals.

The latest court challenge opens up another front in a legal tussle that pits Zimbabweans living and working in South Africa against the Department of Home Affairs and Home Affairs Minister Aaron Motsoaledi.

Three groups – ZEPHA, the Helen Suzman Foundation and the Zimbabwe Immigration Federation – are challenging the Home Affairs decision to end the ZEP system, which was introduced more than a decade ago to legitimise the status of Zimbabweans fleeing political and economic turmoil at home.

The ZEP scheme has been extended three times under different names over the last decade, but Motsoaledi announced last year that the scheme would not be renewed.

Some 178 000 Zimbabweans have until June 2023 to apply for alternative visas or either leave the country voluntarily or be deported.

Chitando says private companies are capitalising on the persecution of Zimbabweans by offering to assist them in applying for visas they are unlikely to get because they do not qualify in terms of the DHA’s Critical Skills list.

“There are also reports of Operation Dudula [‘force out’ in isiZulu] members approaching petrol stations and restaurants with demands that all employed Zimbabweans, including ZEP holders, be replaced with South African nationals within 10 days. This is to form the basis of a separate criminal complaint against Operation Dudula,” says Chitando.

“These actions are obviously unlawful, and we shall seek relief from the courts. What is especially concerning is reports from Zimbabweans that Dudula are selling jobs held by Zimbabweans to South Africans for anywhere between R2 000 and R5 000,” he adds.

“Should this be proven true, it suggests that Dudula, apart from being a self-evident terror organisation intimidating foreign nationals, is also an organised crime network profiting from calculated terror campaigns at places of employment. It speaks to a complete breakdown of the rule of law in South Africa,” Chitando says.

“It has also come to my attention that there are companies offering desperate ZEP holders services to acquire visas they do not qualify for.

“My advice to ZEP holders, and the public, is that the ZEP case dealing with the legality of the decision by the Minister of Home Affairs will be heard on 11 to 14 April 2023, and all ZEP holders are lawful residing in South Africa until 30 June 2023,” he adds.

“It is unethical, and unlawful, for anyone to exploit ZEP holders, pending a lawful judgment by the court.”

The Helen Suzman Foundation and ZEPHA have argued in court papers that the threat of deporting hundreds of thousands of ZEP holders, including family members, will create one of the worst humanitarian crises the region has seen in decades.-Moneyweb