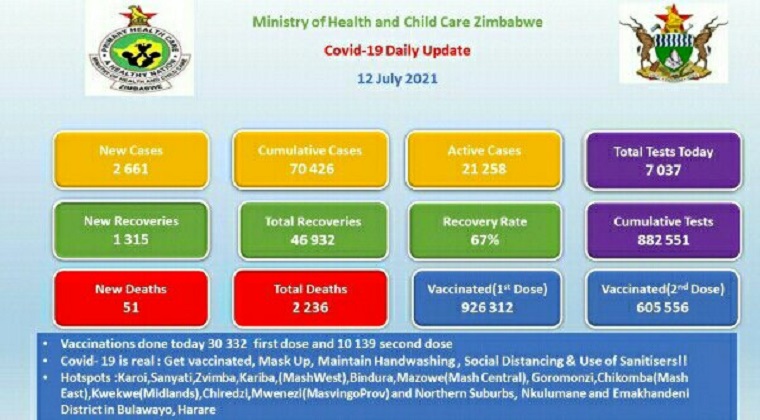 The country, however, recorded 2 661 new cases today pushing the total for this month to 20 562 surpassing the January record of 19 521 cases.

Deaths are, however, still lower than those in January with 51 people dying today raising the total for this month to 447, just over half the 854 that died in January. July has, however, 19 more days to go.

Mashonaland West, the worst hit province in the third wave, seems to be faring better as 852 people recovered today against 329 new cases. Active cases dropped to 3 470.

Harare, on the other hand seems to be under siege with 330 new cases today bringing the number of active cases to 3 235.

Mashonaland East had the highest number of new cases today at 338 and now has 2 767 active cases.

A total of 1 315 people recovered today with Matebeleland South recording 142 recoveries but active cases rose to 752 because it had 160 new cases. It remains the only province with less than a thousand active cases.