Zimbabwe to crack down on businesses using black market rates... 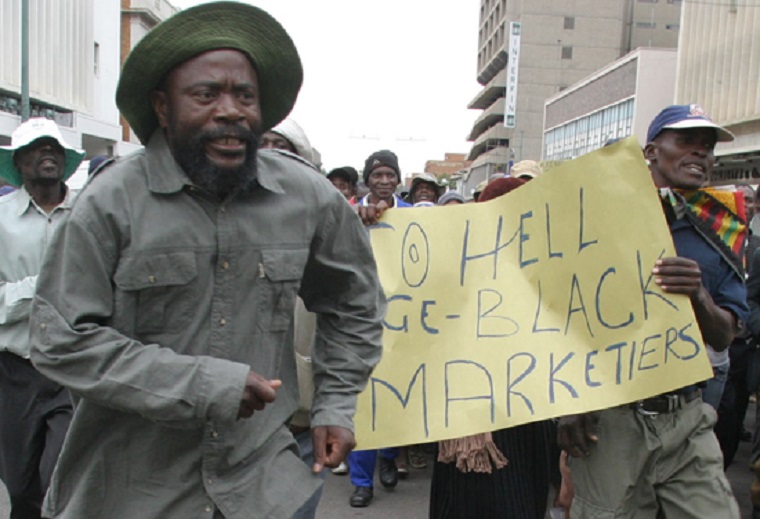 Zimbabwe is to crack down on businesses that continue to peg their prices on the black market rate instead of the foreign currency auction rate, Deputy Finance Minister Clemence Chiduwa told Parliament last week.

Zimbabwe introduced the foreign currency auction system on 23 June and the Zimbabwe dollar has been firming against the United States dollar over the last five auctions.

It is currently trading at $81.44 to the greenback but some businesses are cross rating at as much as $130.

Chiduwa said the government will crack down on such businesses from this week.

Zimbabwe cracked down on mobile money users after it discovered that the country’s biggest mobile money platform had created $8.4 billion in phantom money.

It has, however, so far failed to crack down on the Old Mutual Implied Rate which peaked at $146.28 on 28 September, a day before the Zimbabwe appreciated again against the greenback.

The OMIR is supposed to be based on the difference between the price of the Old Mutual shares in London and Harare but Old Mutual has not been trading on the Zimbabwe Stock Exchange since June.

Full Q & A on the exchange rate

*HON. P. ZHOU:  Thank you Hon. Speaker Sir.  My question is directed to the Minister of Finance and Economic Development.  What plans does the Government have with regards to the exchange rate of $81.44 RTGS to US$1 being used throughout the country as the official rate without different exchange rates being used in everyday transactions?

THE HON. SPEAKER:  Hon. Minister, have you got the question?

THE DEPUTY MINISTER OF FINANCE AND ECONOMIC DEVELOPMENT (HON. CHIDUWA): No, I did not get the question.

THE HON. SPEAKER:  The question is; there is the official auction exchange rate.  What policy is there to ensure that everybody complies in terms of transactions that they keep to the same exchange rate arising from the auction floors?

HON. CHIDUWA:  Thank you Mr. Speaker Sir.  Should I answer in Shona?

THE HON. SPEAKER:  You are not linked.