Zimbabwe to clear all forex from auction in two weeks

Zimbabwe’s central bank says all auction foreign currency allotments will be paid within two weeks with allotments for 21 September due on Monday, 4 October.

The bank said in a statement yesterday that it is on course to clear the backlog on foreign currency allotments which was at one time put at US$200 million.

It said all allotments under the small and medium enterprises auction were up to date.

The SME auction only takes a fraction of the money allotted at the auction with 1 180 SMEs getting only US$9.4 million while 428 large companies got US$31.7 million at this week’s auction.

The Zimbabwe government said this week it had allocated US$70 million to help clear the backlog.

The Reserve Bank of Zimbabwe said the remaining backlog was attributable to malpractices by certain entities that were sponsoring multiple bids under the main auction.

“The bank has ring-fenced the auction allotments backlog which it will continue to expunge separately from current allotment,” the central bank said.

The backlog is said to have forced some companies to resort to the black market resulting in a drastic drop in the local currency which is now reportedly trading at between $130 to $160 to the United States dollar against the auction rate of $87.67. 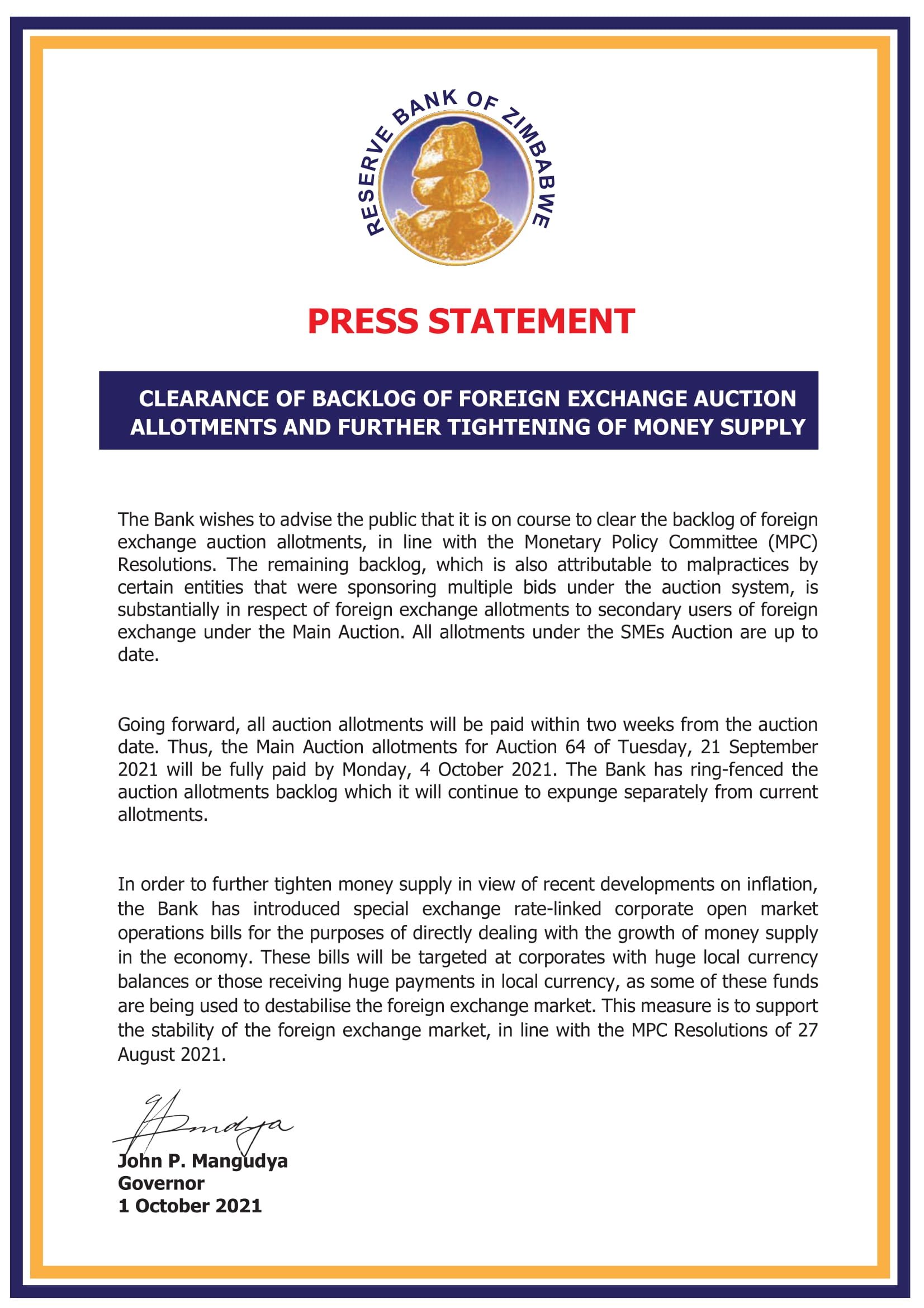