Zimbabwe says it is aware of Operation Light House to... 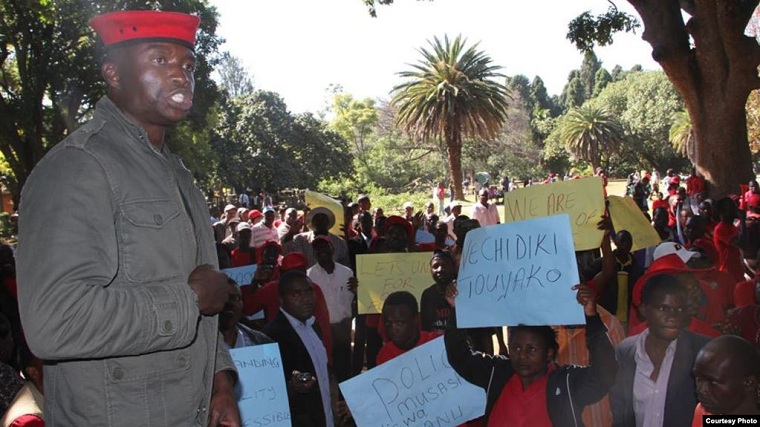 Zimbabwe says it is aware that some rogue elements are smuggling guns into the country under what it called Operation Light House to destabilise the country and make it ungovernable to justify foreign intervention.

In a statement Security Minister Owen Ncube said the rogue elements are setting up Democratic Resistance Committees which are essentially violent militia groups.

It is not clear what prompted Ncube’s statement but there have been claims that Zimbabwe is facing a crisis which requires regional or international intervention.

Zimbabwe has repeatedly said it is facing challenges but the country is not in a crisis.

Ncube said Zimbabwe was aware of a ploy to effect regime change through the opposition’s never ending calls for demonstrations but the State security sector would never allow this.

He said anyone aspiring to lead Zimbabwe should wait to get that mandate from the people in the 2023 elections.

“Anyone wishing to help move the country forward before then, should join POLAD,” he said, referring to the Political Actors Dialogue which was set up by the government and had at least 18 parties that participated in the 2018 elections.

“We are watching attempts to drive Zimbabwe into chaos.  Some rogue elements among us are conniving with some hostile Western governments to smuggle guns and set up so-called Democratic Resistance Committees that are for all intents and purposes violent militia groups.

“The plans are key components of Operation Light House, the brainchild of one Western power, that seeks to destroy the democratic foundations of Zimbabwe, make the country ungovernable and justify foreign intervention.”

Ncube warned the Movement for Democratic Change Alliance to reform itself into a normal opposition political party that embraces outcomes of democratic processes and has the patience to wait for another opportunity.

“The world over, opposition parties in democratic dispensations have a constructive role to play in between elections. They do not push for agendas to violently take over power, destroy public infrastructure and sabotage the livelihoods of citizens.

“We want to re-assure citizens that the State security sector is alive to the machinations of the MDC Alliance, hostile CSOs and their Western handlers. Our gallant security men and women will stand firm in defence of national interests and sovereignty in order to allow government to focus on delivering its Vision 2030,” Ncube said.

Zimbabwe intends to become an upper middle income country by 2030.