Zimbabwe pays out US$6.8 billion in 10 months

Zimbabwe paid out US$6.8 billion in the 10 months to October with 83% of the amount coming from foreign currency accounts.

The foreign currency auction, which was started in June 2020, only accounted for US$1 billion, or 15% of the total.

Though it played a critical role to keep industry rolling, more businesses are now using their own money instead of relying on the auction.

The interbank market accounted for only 2% of the foreign currency paid out. 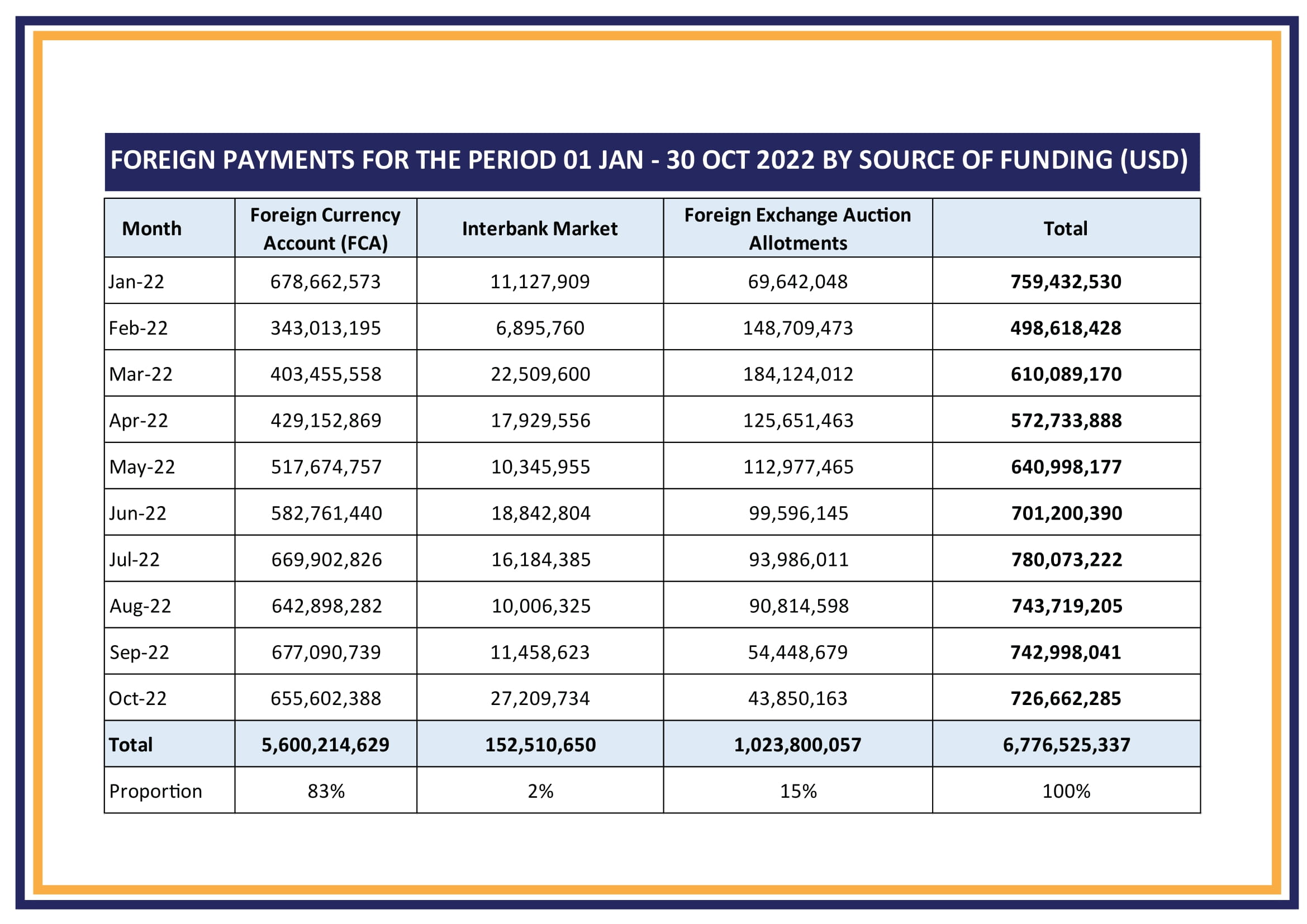