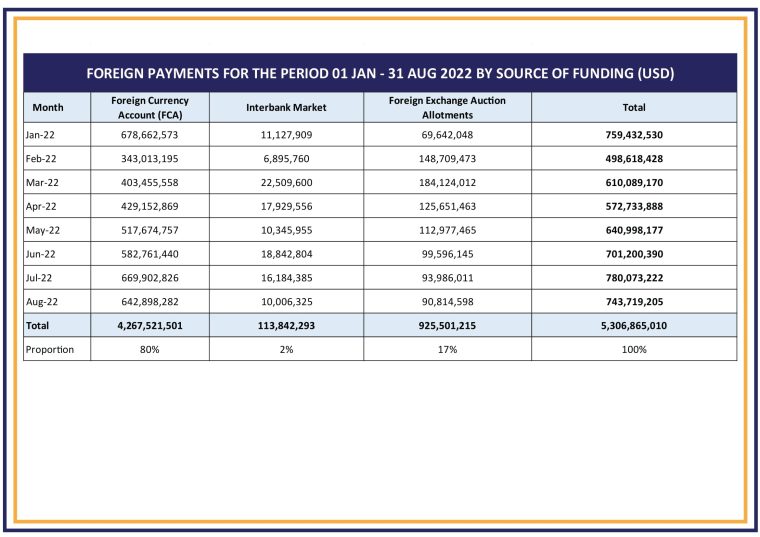 Zimbabwe paid out US$5.3 billion in the eight months to August with 80% coming from foreign currency accounts, 17% from the auction and only 2% from the interbank market.

The lowest was in January when US$69.6 million was allotted while March had the highest allotment of US$184.1 million.

Nearly half of the money allotted in August, 46%, was for raw materials while machinery and equipment accounted for 25%. 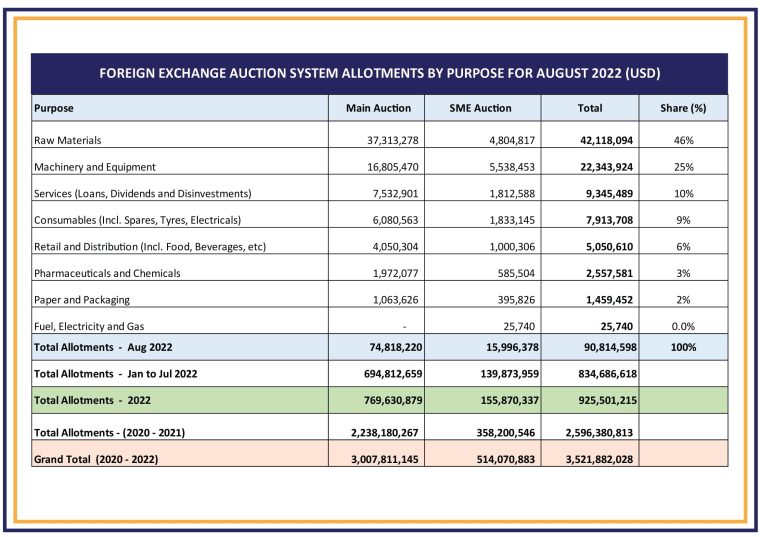