Zimbabwe Parliament- What they said about the Belarus fire tender... 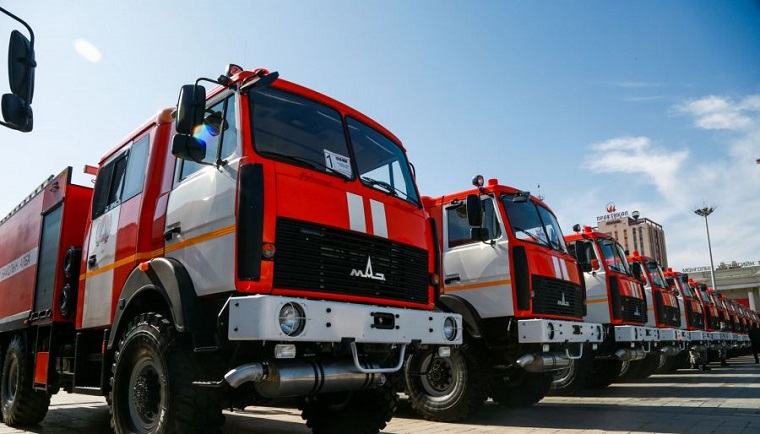 Zimbabwe legislators, from both the ruling party and the opposition, have called on the government to produce letters from local authorities showing that they requested fire tenders or minutes to that effect.

The Members of Parliament demanded answers after Deputy Local Government Minister Marian Chombo had issued a ministerial statement in which she said the agreement for Belarus to supply fire tenders to Zimbabwe’s local authorities was above board.

The legislators argued that this could not be the case as fire tenders could not be a priority for all local authorities especially the rural ones.

HON. MARKHAM: Thank you Hon. Speaker, good afternoon.  Mine will be very simple practical points which I have a problem with.  The first one is and I understand Hon. Biti has brought up the issue to the agreement – I see fire tenders have been bought as a priority above everything else like waste management, water and everything.  I would like to see if the Minister could present to us the letters from all these councils asking for fire tenders?

My second question is; to what extent was PRAZ involved?  Her statement is devoid of detail.  The Minister mentioned stakeholders but only the fire people attended that one workshop and employees, what about the rest of us?

The other fact which the Minister must clarify for me, the amount of the loan is unknown to us, other than what we have seen on social media.  However, we know from the Ministry of Finance that in April they started paying back this loan at $5.3 million a month.  Every month this amount from our devolution funds is going to pay back these fire tenders.  Where are they?  The Minister also wrote to the councils on 12th June, 2022 where we had already paid back with our devolution funds three times.  So by 12th June we had paid back almost $16 million of devolution funds and we only got it when we pay back that money.  My question is; who is running the devolution funds? Hon. Biti has already said we do not have an Act.

I do not know of any Member of Parliament or councillor who was consulted on this deal.  It is a mirror image of Pomona.  The money is allocated by the Minister, and not even the Ministry.  So if the Minister could answer that for me I will be most grateful.

My last thing which I would like to bring to the attention of this House, the first deal we first had with Belarus was on tractors, of which there was no back up.  Right now we have fire tenders coming from Belarus, Hon. Mliswa here mentioned that we have a problem of not dealing with people we know of.  We need…

HON. NYABANI: On a point of order. Hon. Speaker, you said that we are supposed to ask questions but he is now debating.  He should ask his questions so that we also have time to ask.

THE TEMPORARY SPEAKER: I think this is what I actually said before I gave you the opportunity.  You seem to be explaining too much.