Zimbabwe paid out US$4.9 billion in nine months but only...

Zimbabwe’s foreign currency auction, which has been credited with stabilising the local currency and bringing down inflation, only accounted for 30% of the foreign payments that the country made in the first nine months of this year.

Foreign currency accounts accounted for 64% while the interbank market contributed only 6%.

According to figures released by the Reserve Bank of Zimbabwe yesterday, Zimbabwe paid out US$4.9 billion in the nine months to September but the auction accounted for only US$1.5 billion while FCA accounts contributed US$3.2 billion.

The drop in the share of forex from the auction coincided with reports that the central bank was failing to pay money allotted on time with the backlog at one time being put at US$200 million.

The bank was reportedly two months behind forcing businesses to resort to the black market. This put pressure on the local currency which has since depreciated to as much as $200 to the United States dollar.

Authorities have cracked down on illegal foreign exchange dealers, a move that has been roundly condemned as this is targetted at small players and not the big fish that can move millions. 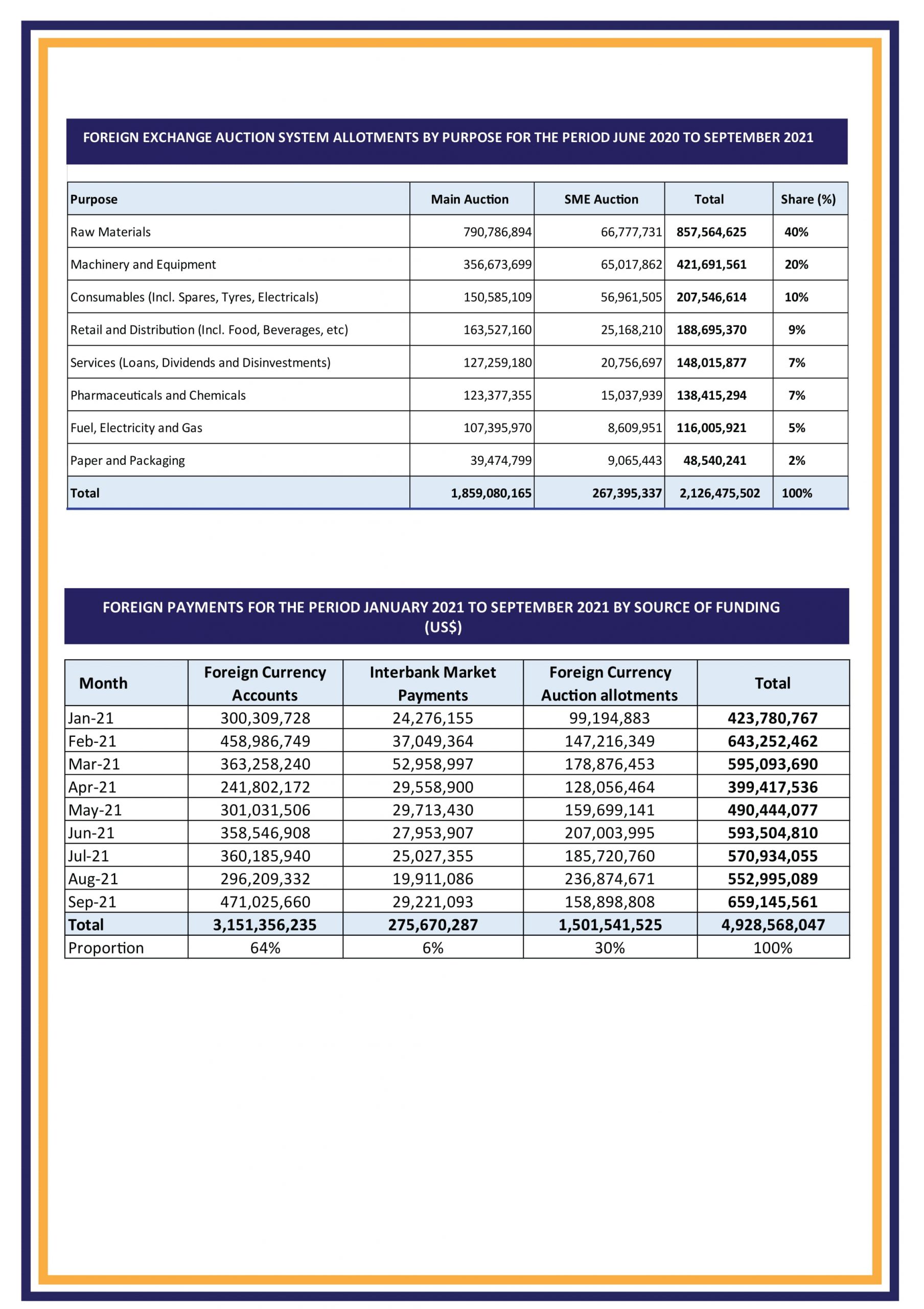