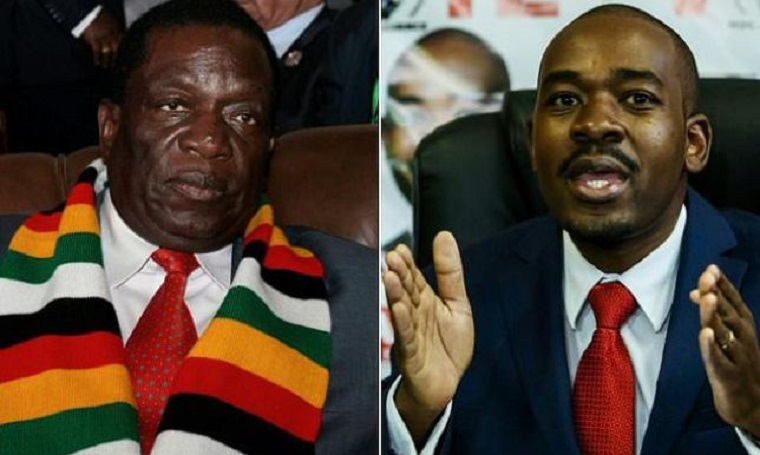 Zimbabwe’s opposition, especially the Movement for Democratic Change Alliance, is now in a tight spot and may be forced to talk to President Emmerson Mnangagwa to find an lasting solution to the country’s challenges.

Contrary to the hype in the local private and online media, as well as foreign reports especially from South Africa, that pressure is piling on Mnangagwa,  the opposition is panicking after being spurned by two South African delegations that visited the country recently.

It has claimed on both occasions that the delegations were barred from meeting them by Mnangagwa’s government and  the ruling Zimbabwe African National Union-Patriotic Front but the communiqué released after yesterday’s meeting between South Africa’s African National Congress and ZANU-PF said it all.

The two organisations said they met to, among other things, “consolidate and defend the gains” of their revolution and people’s struggles.

The leader of the ANC delegation, Ace Magashule, told the South African Broadcasting Corporation on his return home yesterday: “It was a lovely meeting, very candid, frank, robust, open and ZANU-PF did not have any problem for us to meet with other political parties as well as other stakeholders.”

He added: “In terms of meeting other stakeholders and other political parties, because of time we have agreed that we go back or they will come to us….” but they should give his delegation two or three weeks.

While the opposition might be celebrating that it is going to air its views to the ANC delegation when it returns in two to three weeks, whispers say the political terrain might have changed drastically before the ANC’s next visit.

Observers say this is because cracks have started opening among some members of churches that fall under the Zimbabwe Heads of Christian Denominations an umbrella organisation of the Zimbabwe Council of Churches,  the Zimbabwe Catholic Bishops Conference, the Evangelical  Fellowship of Zimbabwe and the Union for the Development of Apostolic Churches and Zionists in Africa.

ZHOCD has over the past two years backed Movement for Democratic Change Alliance leader Nelson Chamisa and any cracks, especially within the Zimbabwe Council of Churches, could put this in jeopardy.