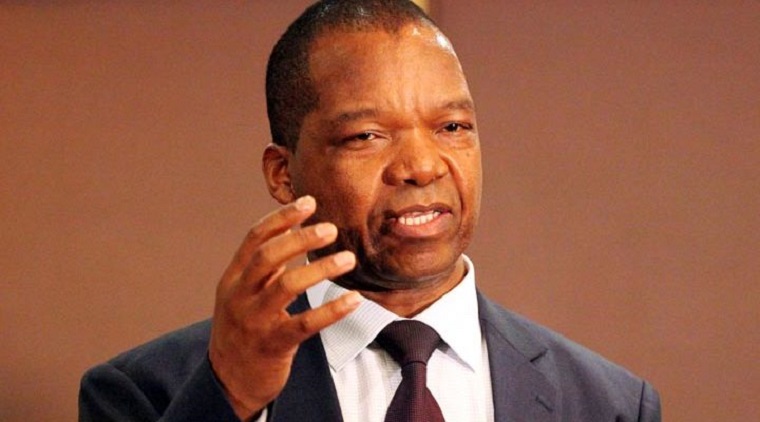 With foreign currency deposits in the country’s banks now at US$1.3 billion, Zimbabwe’s central bank says it is now exploring mechanisms to protect those deposits in conjunction with the Deposit Protection Board.

Reserve Bank of Zimbabwe governor John Mangudya said yesterday consultations were ongoing to encourage banks to leverage on the foreign currency deposits to enhance financial intermediation for the benefit of the economy.

The central bank directed banks to start paying interest on savings and fixed deposits with effect from this month.

In a statement on the resolutions reached by the country’s Monetary Policy Committee which met on  Monday, 28 June, Mangudya said the committee was satisfied with the current macroeconomic stability and the strong positive growth trajectory that is underway, a position which has also been confirmed by the International Monetary Fund, the World Bank and the African Development Bank.

“The committee is pleased with the current disinflationary trajectory which has seen annual inflation further falling from 161.9% in May to 106.6% in June 2021. The Bank expects annual inflation to decline to 55% by end July 2021 and to below 25% by December 2021,” Mangudya said.

Zimbabwe had earlier said it expected inflation to drop to below 10% by the end of the year.

Mangudya said to sustain the current inflation trajectory and support the envisaged robust economic growth for 2021 and beyond, the committee had made the following resolutions: 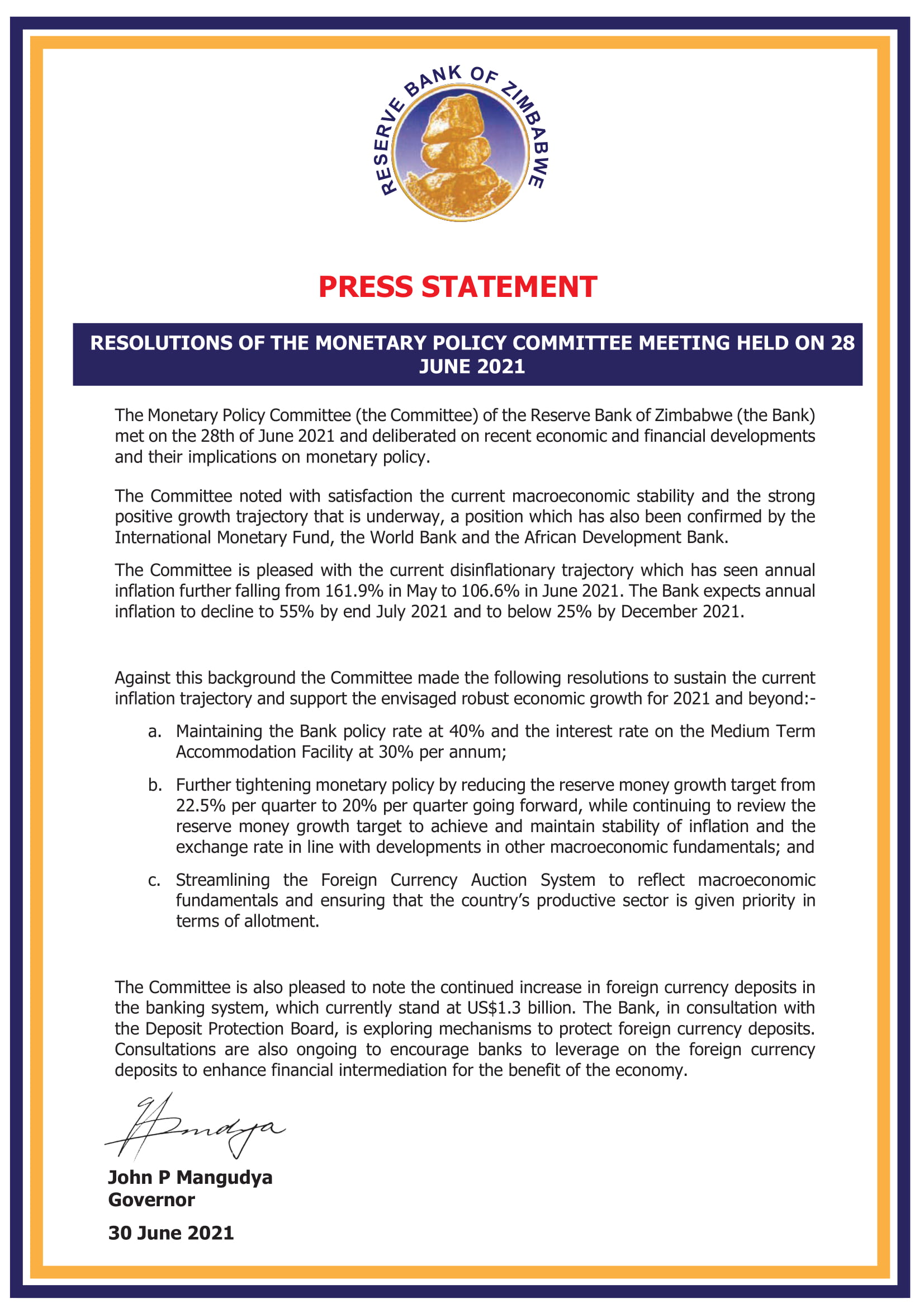