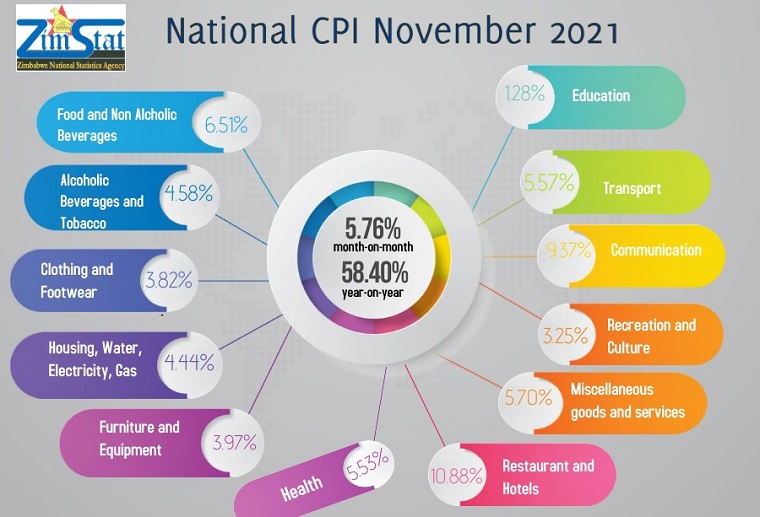 Zimbabwe’s annual inflation for November rose by nearly 4 percentage points to reach 58.4% from 54.49% in October.

The November inflation is already above the 58% projected for the end of the year by Finance Minister Mthuli Ncube in his 2022 budget announced yesterday.

Inflation has been on the increase since August propelled by rising prices following the collapse of the Zimbabwe dollar on the black market.

Authorities blamed the fall of the local currency on speculators while business blamed it on the failure by the foreign currency auction system to pay companies allotted money at the auction on time.

The backlog at one time reached US$200 million and was reportedly two months behind.

The central bank announced this month, however, that the government had given it funds to clear the backlog.

The local currency this week appreciated against the United States dollar though by a meagre three cents.

Inflation for December could therefore drop if this trend continues.